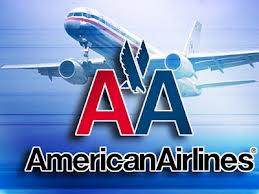 Dallas, Texas 05/014/2014 (FINANCIALSTRENDS) –American Airlines Group Inc (NASDAQ:AAL) has risen solidly for the last couple of weeks after reporting a tidy half-billion quarterly profit on April 24. The stock is now flying high past $39, and looks to be trending towards $40 and beyond. It helps that they just announced the launch of eight new domestic routes this fall.

American Airlines and US Airways announced the addition of eight new domestic routes from hubs in Charlotte, Chicago, DFW, Philadelphia and Phoenix. The eight routes will launch later this year in the fall, and will provide service to five Midwest destinations including Bismarck, ND, which is a new destination for both carriers in the American Airlines Group.

Chuck Schubert, vice president of network and schedule planning, said that, “As we work to fully integrate our two networks, we remain committed to expanding our domestic service to better serve our customers in small- and medium-size markets.”

In their first full quarter as a merged entity, the two airlines together racked up an impressive GAAP net profit of $480 million. This is a massive $777 million increase as compared to the company’s combined first quarter 2013 loss of $297 million. First quarter 2014 diluted earnings per share was $0.54, excluding net special credits.

American Airlines Group CEO Doug Parker CEO said that, “We are very pleased to report a record profit in our first full quarter as a merged company. Our team of dedicated professionals did an excellent job of taking care of our customers despite particularly difficult weather conditions throughout the quarter. We are excited for the future and expect our synergies to build as we continue to integrate our operations”