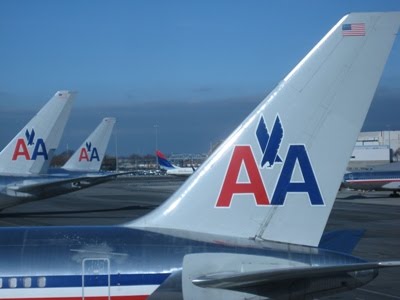 Dallas, Texas 03/07/2014 (FINANCIALSTRENDS) – American Airlines Group Inc (NASDAQ:AAL), the new airline flying the American skies, is hard at work on scheduling its flights to gain maximum optimization. As it becomes one of the largest airlines in Philadelphia, following its merger with US Airways and American, the schedules will now require to be reworked.

American Airlines Group Inc (NASDAQ:AAL) has offered notice of the likely tweaking of schedules, following the recent addition of the new non-stop destinations. These are Charleston, Memphis and Lexington, where flights will fly directly from Philadelphia.

The flight between Charleston and Philadelphia will be Dash 8 aircraft, which is a 37-seater. Meanwhile, the flights to Lexington and Memphis will be triple flights on a daily basis and will be 50-seaters, and decidedly regional jets. All of the three flights will be operational from the F Terminal.

American Airlines Group Inc(NASDAQ:AAL) is expected to move the Philadelphia International Airport into a new hub for America, even as it grows to become the largest airline in the country. Two airlines, it precedes are the United Airlines and the Delta Airlines.

The new flight services are expected to be a full-year service and will commence in the first week of June.  Bookings will begin for this service by March 8.

American Airlines Group Inc(NASDAQ:AAL) will receive the first of its Dreamliner aircrafts from Boeing by December of this year. These will be the very first aircrafts of the Dreamliner series for this airline and will augment the rise of the airline into the largest single operator in the country. The new aircrafts’ were part of the American airline’s inventory-placed with Boeing, where the agreement was extendable to include ownership of over 58 of these aircrafts.

With the delivery of the airlines expected by the year end, the company is expected to induct the Dreamliner fleet by early next year.