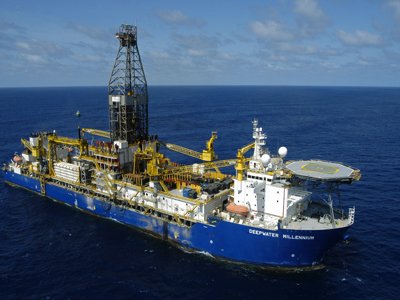 Dallas, Texas 03/14/2014 (FINANCIALSTRENDS) – Anadarko Petroleum Corporation (NYSE:APC), has in it press release noted that the company has been in the midst of one of the major transformations for oil and gas sectors players in the US. Over the past quarters, it has become evident that the company has now moved its  focus to closer home than overseas trials.

APC is one of the leading Texas based oil and exploration companies. With over 2.5billion barrels of confirmed oil reserves, Anadarko holds asset position in onshore research plays, which are around the Rocky Mountains. This company is also known to hold position in the southern parts of United States as well as the Appalachian basin.

Anadarko Petroleum Corporation (NYSE:APC) has also been operating in the East and West African areas as well.  However, it will, according to its 2014 guidance move its investment to onshore US based projects.

The company has indicated that it will seek capital from investors. It will offer a separate trading entity which APC will continue to control and hold consolidated statements. The company is interested in raising capital in the region of $8.1 billion to $8.5 billion in 2014. In comparison to previous year, the company will see the investments increase substantially as well. The company also noted that it will not include the capital already invested in Western Gas Partners, LP.

Anadarko Petroleum Corporation (NYSE:APC) in its press report shares that the forward focus would be on projects around the Wattenberg Horizontal program based in Colorado. It is interesting to note that this play will see APC move into significant player in this region. The play is expected to see over 100% increases in the US onshore portfolio. This is expected to gain considerably more given the potential the site holds. Again, the company has given high commitment and support to improve the infrastructure of the region and will see higher efficiency gains.

Separately, APC is also involved on another high-power swap. It has traded over acreage with Noble Energy to realize high returns.