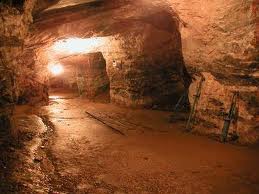 Dallas, Texas 12/26/2013 (Financialstrend) – AngloGold Ashanti Limited (ADR) (NYSE:AU) is a $4.63 billion market capped gold mining firm which is head quartered in South Africa. It had tapped into the American share market to raise funds in the form of American Depository Receipts. Since the gold price internationally has been struggling to raise beyond the physiological bench mark of $1200 per ounce of gold this year, the stock of AngloGold Ashanti Limited (ADR) (NYSE:AU) too has been struck hard by the resultant sell off in the stock.

In spite of these heavy headwinds, the stock price of AngloGold Ashanti Limited (ADR) (NYSE:AU) scripted a 2.68 percent increase in its market value during trading on December 24. During the day, the stock was trading at $11.51 per share. This represents a 2.68 percent increase in its market value in comparison to previous day close. This surge in the stock is appreciable since this happened on the heels of the taper move in the federal stimulus that was initiated by Fed last week. In fact the stock surged more than the Basic Materials index (1.05%) during trading on Tuesday.

At Tuesday’s close price the stock of AngloGold Ashanti Limited (ADR) (NYSE:AU) is trading at $11.51 per share which is just 3.32 percent above its 52 week low price point. The stock is down close to 63 percent this year, which almost mirroring the loss in per share in comparison to prior 52 week high price point. The stock has been range bound between $11.14 and $31.71 per share this year. Over the past month the depreciation in the value of the stock has slowed down and shown a 15.8 percent increase in value. Last week, the stock was down 3 percent during trading.

AngloGold Ashanti Limited (ADR) (NYSE:AU) is one of the better known gold mining firms in South Africa. It has its operations spread across 20 different mining properties predominantly in four different regions spread across 10 countries.  It boasted of 75 million ounces of reserves as of end of calendar year last year and had churned out a huge 4.3 million ounces of Gold in the same period. The company also is involved in mining of silver and this precious metal too constitutes a small part of its revenue generating operations. It has tried to maximize its mining properties by leveraging both deem level mines and surface level mining technologies. These operations are spread across four continents of North and South Americas, Australia and the African continent.

Given the incremental pressure that the gold mining firms have been through the last 12 months, it is not surprising that the entire selection of gold mining stock being referenced in the chart above are all trading well below their last years same time trading prices. Of these , AngloGold Ashanti Limited (ADR) (NYSE:AU) is one of the weaker performers having lost close to 63 percent value in the past year. This sell off in the stock has been further strengthened by U.S Fed decision to taper down its stimulus by $ 10 billion every month going forward. This in addition to the problems suffered by the entire South African mining industry due to labor unrest this year are big reasons why the stock has been under performing this year.