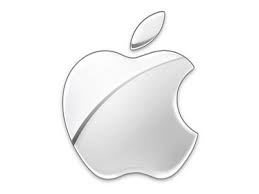 Dallas, Texas 01/02/2014 (FINANCIALSTRENDS) – Apple Inc. (NASDAQ:AAPL) seems to be fighting on multiple media based wars to protect its public image of a technological innovator which cannot be forced into doing things against its best interest either by the Government or by its own vigilant investors.

In the first of the two such media fuelled episodes, Apple Inc. (NASDAQ:AAPL) has released a public statement to the effect that “Apple has never worked with the NSA to create a backdoor in any of our products, including iPhone. Additionally, we have been unaware of this alleged NSA program targeting our products”. These public assertions of innocence have become necessary, ever since Edwards Snowden blew the lid on the large scale disregard shown to user data and privacy norms by tech companies like Google Inc (NASDAQ:GOOG) and Facebook Inc (NASDAQ:FB) under pressure from the U.S Government agencies to share their user’s data records indiscriminately to concerned agencies.

Readers should note that these revelations had caused huge  resentment among the civil community which had in turn forced the tech companies to come out clean with public statements indicating the number of times such Government requests had been acceded to by them in the past.

The second instance of Apple Inc. (NASDAQ:AAPL) having to take to the media to explain its stand, is about the likelihood of the $507 billion market capped IT major “floating a proposal to increase the dividend and expand the scope of the stock repurchase program during its shareholder meeting scheduled for February 28.”

Readers should note that ever since Carl Icahn who holds a major stake in Apple Inc. (NASDAQ:AAPL) had reveal on Twitter that he has been chewing CEO Tim Cook’s brains on the benefits of expanding the proposed share repurchase program substantially in early August last year, speculation has been ebbing and flowing about the timing and the size of the impending share buyback program to be announced by Apple Inc. (NASDAQ:AAPL).