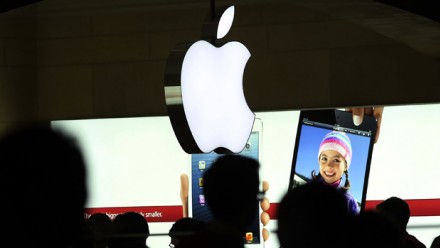 Apple shares suffered from a record fall of 11 months on Wednesday, reaching the $485.92 mark. This is a decline of 3.2%. This is for the first time in almost a year when Apple’s shares have gone below $500 per share mark. The primary reason of the fall down has not yet been clarified. Still many analysts are saying that this is an effect of the news that came out a few days ago and said that Apple has decreased it’s demand of iPhone 5 parts, probably because of less than expected iPhone sales. The report was published by Wall Street Journal on Monday from different citations of it’s contacts in Apple’s supply chain.

However, some analysts think differently on the topic. Some analysts say that demand for iPhone 5 is still robust and there are no signs of a decrease before Apple reveals it’s new iPhone. They also say that Apple might have decreased the demand of iPhone 5 parts for better production because fewer parts yield towards the higher generation of smartphone and this may also increase the supply of iPhone 5. However, these statement could not satisfy the investors and selling of Apple shares continued on the day.

Apple’s stock is falling from September when company revealed iPhone 5 and after that a fail of iPad mini also took the company down. Before launching of iPhone 5 in September, Apple once touched it’s highest mark of $735 per share, but it washed out after the launching of iPhone 5. If we compare to that highest mark, then Apple’s stock prices have fallen down by 31% since September. Apple’s 13 month low record is $419.55 per share, which is not far away from it’s current standing.

More details about the condition will come ahead clearly when Apple will announce it’s earnings, profits and iPhone sales on January 23rd of 2013. Financial information for the business done in fiscal first quarter by the company will also be announced on that day.

However, right now Apple’s shares have gone a little bit up and are hovering near the $500 mark at $506.09 per share.