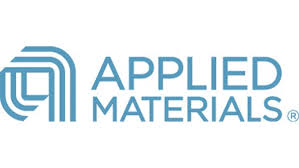 Applied Materials, Inc. (NASDAQ:AMAT) was a notable mover during the trading session. The stock rallied by close to 1% on relatively high volumes. The stock has been in a massive uptrend ever since it breached its 50 day moving average. The stock has formed higher tops and higher bottoms indicative of the strong bullish momentum. The stock currently is facing resistance at its 200 day moving average.The MACD oscillator has given a buy signal, which is considered bullish as it indicates a shift towards the buy side. Trades see the stock heading to levels of $20.15 in the near term if it closes above $18.77. 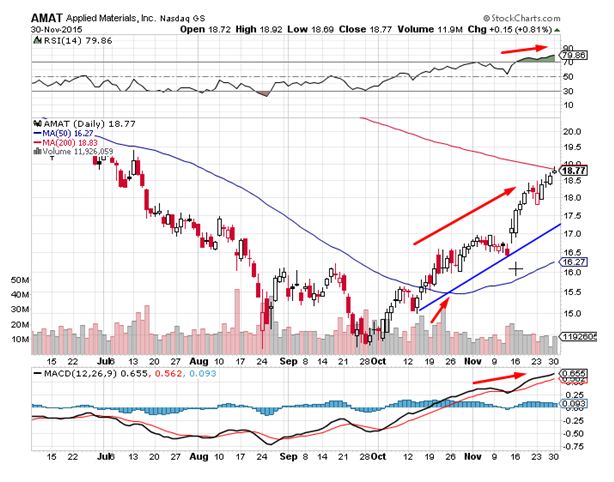 The results were announced on November 12, in Santa Clara. The firm made $471 million during the fourth quarter and used $700 million to buy back 44 million common stock each valued at $15.78. The company used $119 million to pay dividends. The gross profit for the quarter on a non-GAAP adjusted basis amounted to 42% while the operating margin was registered at 19.3%.

As for the performance for the whole year, Applied Materials increased its net worth by 5% to $10 billion. The net sales experienced a 6% rise to $9.66 billion while the non-GAAP margin dropped by 1.2% to 42.9%. The non-GAAP adjusted operating margin upheld a constant position at 19.6%. The NON-GAAP adjusted income had a 10% increase to $1.46 billion which translated to $1.19 per diluted share. The GAAP gross margin was 40.9% while the operating income amounted to $1.69 billion or 17.5% of the net sales. The net income was $1.38 billion or an equivalent of $1.12 per diluted share.

The company’s CEO, Gary Dickerson stated that Applied Materials registered positive growth year over year in various sectors including the display, semiconductor, and service businesses. Mr. Dickerson further added that the company has positioned itself for growth and sustainable profits.

The company expects the net sales to decrease by a margin of 2% to 9% in the first quarter of the 2016 financial year. The non-GAAP estimated earnings per share are $0.23 to $0.27. Nonetheless, the projection does not include expenses related to the completed acquisitions of $0.04 per share. It does not also factor in the non-GAAP adjustments that may be presented later on.