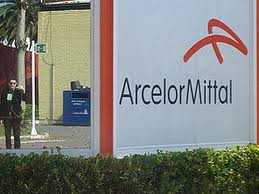 Seven investment-analysts have assigned a “sell” rating to the stock and 5 have assigned a “hold” rating while 6 have set a “buy” rating. Currently, the company has an average rating of “hold” and the average price target is $18.60. ArcelorMittal SA (ADR) (NYSE:MT) is an international steel producer. In the year that ended Dec 31, 2010, it had steel shipments of around 85M tons & crude steel production of around 90.6 million tons.