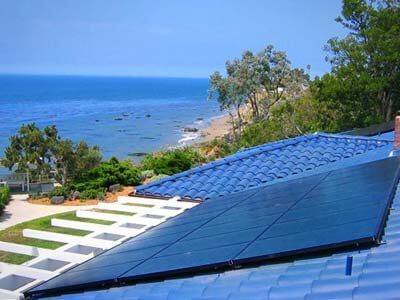 Ascent Solar Technologies, Inc. (NASDAQ:ASTI) was a massive decliner during Thursday’s trading session plummeting by close to 18% on relative high volumes, which were 4 times the daily average. The biggest cause for concern for traders has been the fact that the stock was unable to sustain at higher levels and swiftly slipped below the support level at $0.16. Ascent Solar currently trades below all daily moving averages. The indicator measuring relative strength provided a fresh sell signal indicative of the strong selling interest. The oscillator for momentum is showing no signs of a bullish reversal. Traders see the stock retesting support at $0.114. 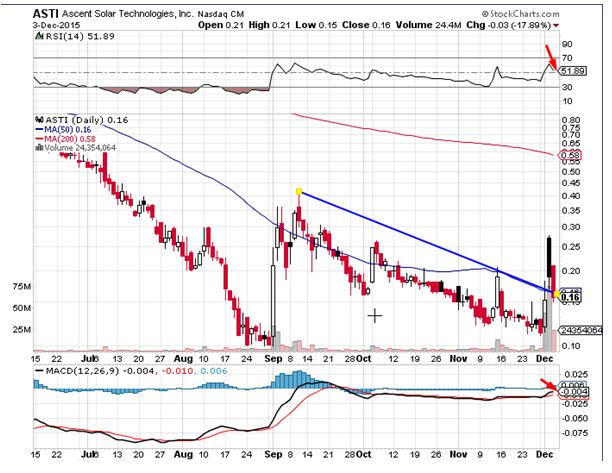 Ascent Solar Technologies, Inc. (NASDAQ:ASTI) has announced that it has been awarded a schedule 56 contract, by the General Services Administration. The contract is expected to begin from December 15. As per the details of the contract, all federal authorities, including military, would be able to easily purchase Ascent Solar products. Additionally, ASTI has also revealed that it took part in the Defense Energy Innovation Summit, held in Texas.

The SVP and COO of ASTI, Rafael Gutierrez, announced that the schedule 56 contract gives way to a whole new range of revenue opportunities that were previously untapped. He also stressed that several Ascent Solar products can contribute to a number of military applications. He specifically pointed out the new MilPak platform, which was recently unveiled at the Defense Energy Summit.

The schedule 56 contract is awarded by the GSA, after rigorous assessment of short listed companies. Additionally, the GSA also determines if the company is capable of delivering products and services on a long-term basis. Once cleared the company is then allowed directly interact with federal agencies for product development and marketing. Furthermore, the agencies are notified that the company has been chosen as the preferred vendor for the particular product.

The recent participation of Ascent Solar in the Defense and Energy Summit, served as a platform for the launch of the MilPak E products. Fortunately, the product also earned an R&D score of 100, in the IT/Electrical category. It should be noted here that the product had undergone military standard testing, before being launched. This makes it perfect for use in harsh environments. Furthermore, Ascent CTO, Dr. Joe Armstrong, had expressed the idea of integrating Ascent’s solar technology with military power storage and charging system, to develop a unified solution. Now it seems that the company was successful in making the impression it had aimed for at the conference.