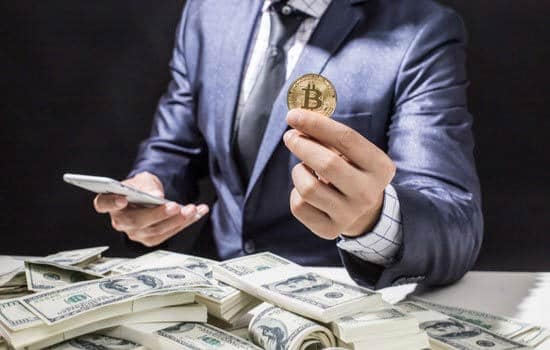 Atlas Cloud Enterprises Inc. (CSE: AKE) (XFRA: A49) (OTC: ATLEF) added to its management recently with the appointment of Charlie Kiser to the CEO slot, replacing founder Fred Stearman who was appointed COO.

The shift in Officers that placed Kiser in the top role was due to his background as a pioneer and advocate of bitcoin and cryptocurrency.

The three Officers combined carry perhaps the strongest experience in blockchain development that may prove to be valuable to shareholders in the near-term.

Kiser recognized and advocated for the disruptive potential of cryptocurrencies and blockchain in 2014 when he helped take the first pure-play bitcoin and blockchain company public in North America. As the earliest public crypto company, they leveraged both an operational and holding company strategy, investing in 4 crypto start-ups; GoCoin, covering payment processing; Coin Outlet, a bitcoin ATM and distribution network; Gem, a multi factor authentication wallet, and Expresscoin, a retail cryptocurrency outlet. The company built out one of the largest eCommerce platforms that accepted digital currencies, and ultimately moved into the emerging industrial cryptocurrency mining space.

During his tenure at the company, Kiser developed a marketing strategy for eCommerce and Digital Currency products, as well as a framework to help acquire cryptocurrency mining equipment through a grassroots acquisition program. He supported two additional rounds of capital investment and led the marketing strategy for the initial launch of a dedicated cryptocurrency mining facility.

Atlas Cloud (CSE: AKE, OTC: ATLEF) recently completed a $14 million private placement, acquiring a data center in Washington that utilizes an energy agreement from the nearby Bonneville Power Plant at a cost of $0.03 per Mwh – one of the lowest energy rates in the World.   The Datacenter will house 1700 Application Specific Integrated Circuit (ASIC) mining servers, or Antminer S9’s.  Antiminer S9 is considered to be the most powerful, power-efficient, and first-ever consumer grade bitcoin miner in the world.  Atlas Cloud bought 1,000 Antiminer S9s out of its cash position and owns the datacenter outright.  The second phase of development would bring the bitcoin miner count to 1700, which includes expanding its power capacity from 3MW to 5MW, slated for completion in 2019.

The datacenter was acquired on March 15, 2018 for $300,000.   According to AKE/ATLEF an additional $2,600,000 will be invested on infrastructure costs and related expenses aimed at completing the data center.

Recently, Atlas Cloud released a progress report on the bitcoin mining facility that stated that electrical and mechanical contractors are onsite, and the project is proceeding as planned.   The bitcoin mining center is expected to commence operations utilizing 80% of the currently dedicated 3.0 MW of available power with a potential to host up to 1,700 ASIC S9 Antminer machines.