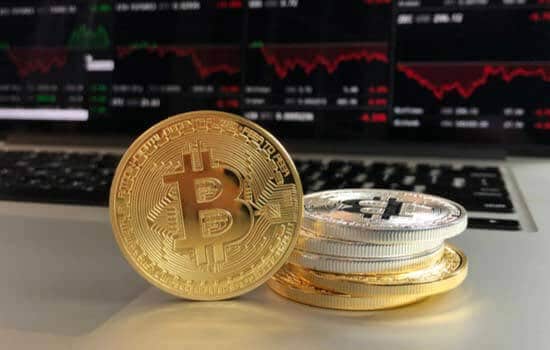 Atlas Cloud Enterprises Inc. (CSE: AKE) (XFRA: A49) (OTC: ATLEF) is a Vancouver-based high-tech company that offers tailored Colocation and flexible Cloud Computing options for small and medium businesses in Western Canada.  But its also moving into mining cryptocurrencies in a big way, backed by a recent $14,000,000CA private placement to cover the costs of setting up a Bitcoin mining facility in Washington that gives Atlas Cloud (CSE: AKE, OTC: ATLEF) a TOP SPOT in the eyes of investors.

Led by a group of tech pioneers, Atlas Cloud is putting the final touch to a Bitcoin data mining center in Grant County, WA – near the Hoover Dam – where it has negotiated a power rate of $0.03 per Kwh – one of the LOWEST POWER COSTS IN THE WORLD.

Our President and CEO Fred Stearman brings 30 years’ experience in the IT business to Atlas. He recently spent five years with Bell and the last two as the President of NextLayer prior to forming Atlas.

Yana Popova received a Bachelor of Commerce at the University of Toronto. Ms. Popova was an accountant at a Toronto-based merchant bank. She acted as an accountant to multiple public companies, mostly recently a mining company while it raised $145 million and went through a mine development.

With cash in hand, Atlas Cloud acquires MKH Electric City Holdings LLC in Washington, which owns a 6,600 square foot facility in Grant County, WA.  The deal gave (CSE: AKE, OTC: ATLEF) a real boost in that it had a contract for low-cost electricity that gives Atlas Cloud a COMPETITIVE EDGE in cryptocurrency mining when the Data Center is complete.   Currently, Atlas’ Data Center has a capacity of 3Mw with plans of expanding to 5Mw in the near future.

Cryptocurrency mining is a made up of racks of computers and they suck electricity like there’s no tomorrow.  But in Atlas Cloud’s case, $0.03 per Mwh gives the company an ability to make money on the spread in cryptocurrency mining where others can’t… it just costs them TO MUCH.

3 Mega Watts of dedicated power gives (CSE: AKE, OTC: ATLEF) the ability to host up to 1,700 Application Specific Integrated Circuit (ASIC) mining servers.  In 2019, the energy capacity will be increased by 2MW – and Atlas Cloud is FULLY FUNDED to complete both phases of development.

Shortly after closing its private placement and Data Center acquisition, Atlas Cloud bought 1,000 Antminer S9’s (hardware) from Bitmain Technologies Ltd.  The Antminer S9 is considered to be the most powerful, power-efficient, and first-ever consumer grade bitcoin miner in the world.

The Cashflow of Bitcoin Mining

This is perfect positioning for (CSE: AKE, OTC: ATLEF) to become one of 2018’s top crypto headline makers.

Babble, babble, babble…  that’s what most cryptocurrency companies do; TALK.  But Atlas Cloud “Walks the Walk” too, has all the cash it needs, its own datacenter, 1,000 Antminer S9s – and a strong management team capable of generating STRONG RETURNS for its shareholders.

Take a Tour of a Bitcoin Mining Facility

(CSE: AKE, OTC: ATLEF) says its expanding the power capacity of its Washington-based Data Center from 3MW to 5MW and ADDING 700 MORE Antminer S9s bitcoin mining machines.  That would bring annualized sales to well over $6 million.

We should point out that nearly all of that cashflow is GRAVY.  It could give Atlas Cloud an earnings picture of well-over $3 million!!!   That would spur the MARKET FOR (CSE: AKE, OTC: ATLEF) shares!

Atlas Cloud plans to join Slushpool.com, the first Bitcoin mining pool in the world, to proportionally amalgamate resources with other global miners to reduce volatility of mining efficacy. In a further innovation to maximize returns, the Company will employ automated software switching that reacts to predetermined thresholds designed to swap mining operations between Bitcoin and Bitcoin Cash depending upon gross mining profitability.

There’s only 22 million shares issued.  ONLY!!!  (CSE: AKE, OTC: ATLEF) will see a surge in price and volume soon.

Learn More About ATLEF at your brokerage today!

“Even if the craze for Bitcoin and Ethereum abates, the power of the “blockchain” tech behind those currencies is very real. Here’s how businesses are trying to harness it—and why they can’t afford to ignore it.” –FORTUNE Magazine Aug. 22,2017

Here’s why investors need to pick up a slice of this PROFIT STOCK:

When Eastman Kodak entered the arena with its Kodak Coin its shares doubled on the news.

Remember Overstock.com? It sells overstocked goods like furniture on the internet. But now it’s focusing on a becoming a blockchain company and using it to build a cryptocurrency exchange.

That new business drove its stock up 316% in the 12 months that ended Feb.1, 2018… a strategy shift ignited a soaring stock price.

The supply-chain revolution struck with full force on March 1, 2018. That’s when Walmart (NYSE: WMT) won the patent for its “Smart Package” system.

Blockchain technology is popular with shipping and delivery companies, too. UPS joined the blockchain via a Trucking Alliance in November 2017. Singaporean port operator PSA International struck a deal with IBM to test and develop a blockchain-based supply chain network in August 2017.

Speculators believe Walmart may follow in Kodak’s footsteps and offer up its own Walmart Coin, like Kodak before it.  Atlas Cloud could begin trading in other cryptocurrencies should it choose to diversify its inventory.

The Harvard Business Review calls blockchain technology “transformative”, not “disruptive”.  “It has the potential to create new foundations for our economic and social systems,” said the Review.

PayPal (NASDAQ: PYPL) recently filed for a patent on blockchain technology that will make cryptocurrency transactions faster.  Yet PYPL’s shares didn’t get the pop that KODK, RIOT and LBCC saw.

Alphabet Inc. (NASDAQ: GOOG) and PayPal have inked a partnership that enables Android Pay users to make payments using PayPal’s app. According to a Bloomberg report, the partnership broadens PayPal’s reach into coffee stores, which PayPal CEO Dan Schulman sees as “key to getting customers to use PayPal more frequently than the current average of two to three transactions per month.”  It may also be a precursor to GOOG getting in on blockchain technology, considering PYPL’s recent patent filing.

A Dynamic Company Set to Explode

Atlas Cloud Enterprises Inc. (CSE: AKE) (XFRA: A49) (OTC: ATLEF) has all the makings of a success story in the cryptocurrency sector; plenty of capital, low energy costs, strong management, its own data center and a tight capitalization.    Five-bagger potential… you just can’t overlook.

Learn More About ATLEF at your brokerage today!