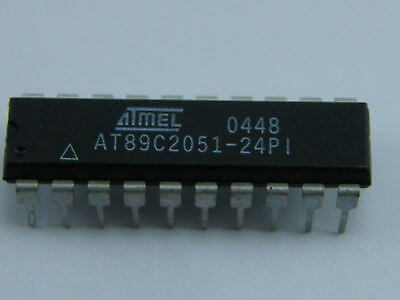 Atmel Corporation (NASDAQ:ATML) was a relative mover during Thursday’s trading session declining by 0.64% on one-third the daily average volumes. The stock has been in a narrow trading band over the past couple of months facing selling pressure at levels of $8.85 and buying interest coming in at levels of $7.91. Atmel currently trades above all daily moving averages.The indicator measuring relative strength provided a fresh sell signal indicative of the strong selling interest. The oscillator for momentum is showing no signs of strong bullish reversal. Traders see the stock heading to levels of $8.28 in the near term. 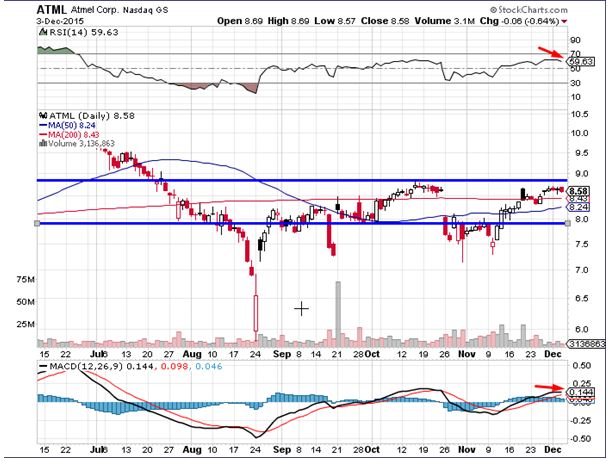 All the barriers blocking the acquisition of Atmel Corporation (NASDAQ:ATML) by Dialog Semiconductor PLC has finally been cleared. Dialog informed last week that its shareholders have approved the $4.6 billion acquisition. It reported that as much as 62% of the shareholders are in favour of the deal, which will allow the company now to proceed with the acquisition.

Dialog had revealed plans of acquiring Atmel Corporation (NASDAQ:ATML) in September with the intention to reduce its dependence on a small number of smartphone markers. However, the deal faced a steep criticism from activist hedge fund Elliott Management, which saw the deal as expensive and reflected little value to the shareholders. Elliott had even went ahead by increasing its stake in Dialog to 3.6% and claimed that the co-shareholders gave positive feedback to its action.

In response to such opposition, Dialog alleged that Elliott’s motivations were driven by short-term risk arbitrage and that the fallout of deal would benefit the hedge fund company. Dialog also highlighted that Elliott had a short position in Atmel. The shareholders approval now has paved the way for Dialog but served as a disappointment to Elliott.

Dialog was spun-off from Daimler-Benz, a luxurious car maker, back in 1999. The company sells chips that are embedded in high-end smartphones such as those offered by Apple Inc. (NASDAQ:AAPL). Given the company’s current business model, Atmel acquisition will enhance the company’s capabilities. However, the transaction is yet to be approved by Atmel’s shareholders and needs to pass through other closing conditions.

It is noteworthy that Atmel is known for its microcontroller’s chips that boost computing power for business and consumer hardware. Both Atmel Corporation (NASDAQ:ATML) and Dialog expect the acquisition to conclude in the first quarter of 2016. The stock price of Atmel inched up marginally by 0.06% to $8.64 during yesterday’s trade session.