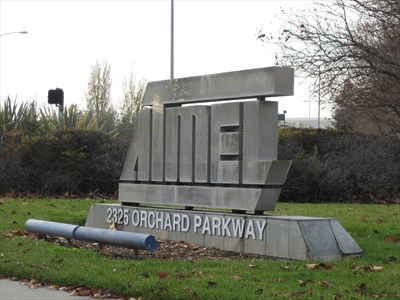 Dallas, Texas 02/11/2014 (FINANCIALSTRENDS) – The $3.2 billion market capped semi conductor component manufacture Atmel Corporation (NASDAQ:ATML) reported worse than expected results during its 4Q and year end earnings calls on 4th February. On the back of disappointing results, the stock of the chip maker was down 4 percent after the results announcement. Revenue for the 4Q went up by 2 percent to reach $353 million but this did not seem to enthuse the investor community, who had been looking at earnings estimate of analysts who had predicted revenue to come in around $358 million. Its earnings per share for the 4Q came in at $0.1, which was less than the $0.11 that analysts had estimated. Non GAAP gross margin also saw a very minor 1.9 percent increase for 4Q to 43.7 percent as compared to 41.6 percent in 4Q12.

Commenting about the average performance in the last quarter of the fiscal,  Atmel Corporation (NASDAQ:ATML) Chief Executive Officer Steve Laub has been quoted to have said that, “revenue from our  micro-controller chips business increased during the year, with the core micro-controller segment generating robust growth. We are well positioned for 2014 with multiple growth drivers tied to our extensive new product introductions and significant margin expansion from ongoing operational initiatives.”

Atmel Corporation (NASDAQ:ATML) management also provided guidance for the first quarter and second quarter of 2014.  It has estimated that the revenue for 1Q might come in between $320 to $330 million, while 2Q revenue is expected to come in the range of $356 to $366 million. Both the estimates were lower than the $343 million and $363 million estimates provided by analysts covering the firm.