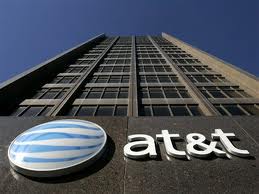 Dallas, Texas 07/11/2013 (Financialstrend) – Seattle-based Root Metrics has released a wireless network performance study for Omaha, considering AT&T as the overall Root Metrics Root Score Award winner for its combination of text, call and data performance. This study is the second consecutive Root Metrics study for Omaha, in which AT&T is ranked highest. The award is based on May 2013 analysis on more than 22,288 wireless test calls, texts and data transmissions conducted. “According to our research conducted in May, 2013, AT&T had been ranked at the highest level in the Omaha area for the company’s overall network performance. The company tested data, call and text performance across all networks in the Omaha area, including over 4G LTE networks. As a result, AT&T won the RootScore Award for overall performance in the area,” said Bill Moore, RootMetrics President and CEO. AT&T made 4G LTE available in the Omaha area in September, 2012, and it plans to further expand the attractive 4G LTE network to cover around 300 million people in the nationwide markets by year-end 2014. “Even as 4G LTE expands, customers of 4G LTE areas can get 4G speeds outside with our 4G HSPA+ technology. Our customers have exclaimed that they have been amazed by the quality and speeds of our 4G LTE network, and the latest RootMetrics test backs that up”, Beth Canuteson, the regional vice president for AT&T Nebraska mentioned.