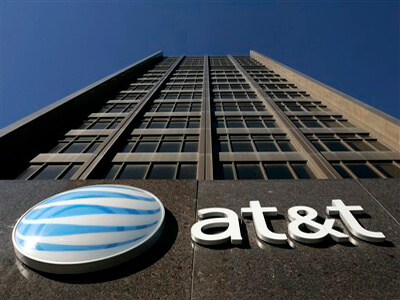 Dallas, Texas 07/16/2015 (Financialstrend) – AT&T Inc. (NYSE:T) subsidiary Cricket is reportedly planning to lift a ban on mobile hotspots as part of upcoming changes to its requirements. Fierce Wireless reports that that the company is considering launching a mobile hot spot going for $10 a month in plans that cost $50 or more.

Cricket a subsidiary of AT&T Inc. (NYSE:T) currently offers four main service plans starting from as little as $25 a month to as much as $60 per month.  The high end package comes with unlimited talking and texting as well as 10GB worth of 4G LTE data.

Sprint Corp (NYSE:S)’s Virgin Mobile offering mobile hotspot services could have been one of the driving factors behind Cricket changing its policy on tethering. Virgin charges $3 per day for 500 MB worth of data combining both 3G and 4G access. However, a change of sentiment by the AT&T subsidiary could be a response to the FCC requirements on net neutrality requirements

The newly enacted laws prohibit wireless companies from blocking or throttling users traffic based on unfounded business practices.  Sprint has already stopped its practice of slowing data speeds of heavy mobile data users in response to the new rules.  AT&T Inc. (NYSE:T) is currently facing a $100 million fine from the FCC over allegations it throttled unlimited plans of its customers

The removal of the prohibition on mobile hotspots should follow the expansion of Cricket’s distribution deal with grocery chain Meijer.  As part of the deal, Meijer customers can now purchase Cricket phones throughout Midwest as the company moves to boost its sales in the region.

Cricket subscription base has expanded to 5 million subscribers according to AT&T Inc. (NYSE:T) CFO, John J Stephens having shut down some of its legacy CDMA network as part of the transition on being acquired from Leap Wireless.