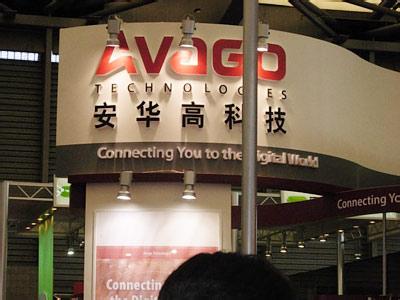 Dallas, Texas 05/28/2015 (Financialstrend) – Avago has sealed a $37 billion deal for Broadcom Corporation (NASDAQ:BRCM). The deal is made of $17 billion in cash and $20 billion in stock. Avago is reportedly looking to use Broadcom rich connections to expand its clientele base in the smartphone industry.

Rumors of talks caught the Street by surprise as Avago is almost half the size of Broadcom Corporation (NASDAQ:BRCM). A deal the other way would have made a lot of sense, according to some analysts.  However, Avago has a superior market cap compared to Broadcom.

Broadcom is a well-known player in the semiconductor business, producing chips mostly used in set-top boxes, cell phones, and network equipment.  However, it continues to face stiff competition from Qualcomm in the manufacture of chips for Wi-Fi and Bluetooth technology. Avago may look to reinvigorate this unit as it moves rival QUALCOMM, Inc. (NASDAQ:QCOM).

Avago is a key player in the manufacture of devices for wireless and industrial markets mostly packed with radio frequency technology.  Reports of the company tabling a bid for Broadcom Corporation (NASDAQ:BRCM) came on the heels of suggestions that the company had long been considering similar deals as it looks to enhance its foothold in the chip business.

Reuters reports that the company had earlier approached the likes of Xilinx Inc. and Japan’s Renesas Electronics over a potential merger. Earlier this year, Avago failed on a deal to acquire Freescale Semiconductor, which ended up being acquired for $11.8 billion by NXP Semiconductors.

Broadcom deal comes barely a month after Avago announced the acquisition of Emulex Corp for $606 million. Emulex Corp provides Avago an opportunity to immerse itself in the business of manufacturing networking products

Broadcom Corporation (NASDAQ:BRCM) is being acquired after having one of the finest runs in the chip business at the back of deals with the likes of Apple Inc. (NASDAQ:AAPL) and other giant smartphone makers.  Its stock is up by more than 80% as sales continue to be impacted by a growing demand of chips for smartphones and wireless computer networks.