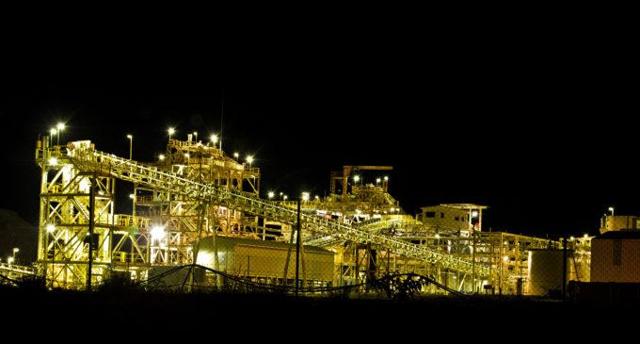 B2Gold Corp. (NYSEAMERICAN:BTG)  recently announced a 78% increase in its third quarter 2018 gold productions and gold revenue. The company also reported the gold production and revenue for the first nine months of this year.

The company recorded third quarter 2018 gold productions of 242,040 ounces which is 78% more than the production of gold during the same period last year. The increase in production and revenue is because of the strong performances of Philippine’s Masbate Mine, Fekola Mine in Mali, and Namibia’s Otjikoto Mine.

The company registered a consolidated $324 million increase in gold revenue from $170 million of last year during the same period. Fekola mine worked as per the plans of B2Gold Corp producing 107,002 ounces of gold in the third quarter. Masbate Mine produced 57,542 ounces gold which is the second highest ever gold produced by the mine in a quarter. The revised annual production of Masbate based on its year-to-date performance is in between 200,000 and 210,000 ounces of gold.

The first nine-months recorded a consolidated 721,817 ounces production which is 85% more than the first nine months of last year. The consolidated gold revenue recorded year-to-date is $953 million. The company increased the Mali exploration budget for 2018 by $4 million, from $15 million in 2017 to $19 million this year. The company increased the budget on the basis of good drills results and also to increase the speed of the existing Fekola North Extension zone drill program.

Due to the positive third quarter 2018 gold productions report, the company shares rallied sharply in the last few days. It is because the investors expect much better from the company post declaration of an impressive third quarter figure for this year. A day before B2Gold Corp announced its third-quarter results the shares of the company opened at $3.08. However, within a few days its stock gained by 15.3% reaching a high of $3.55.