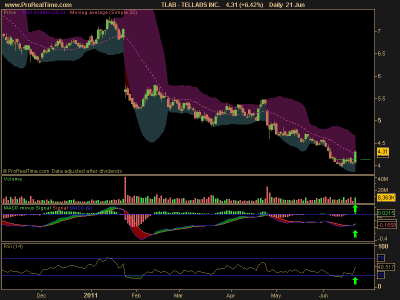 Dallas, Texas 10/25/2013 (Financialstrend) – The $750 million market capitalized Acacia Research Corp (NASDAQ:ACTG) stock has seen heavy battering at the browsers during trading in the last week. It has shed close to 19.6% since October 18 when it released its earnings reports for its third quarter operations. The steep fall of close to 30% in value over the past 30 days has taken the stock close to its 52 week low price of $14.86 per share. As of close of business on October 25, the shares of Acacia had been trading at $15.77 per share up 0.57% from its previous day close.

The sell off was triggered because the research and drug development company managed to disappoint the most diehard of its shareholders and market analysts. It reported revenue of $15.5 million from 3Q operations, which was 58% lower than the $37.6 million that analyst were expecting. In a unending litany of unmet expectations, it reported earnings per share of $0.11 which was a whopping 75% lesser than consensus estimate.

Giving his take on the company missing the analyst’s estimates by a huge margin, Acacia chief executive officer Matt Vella has been quoted as saying, “Unlike most companies, revenues not generated in the current quarter are not lost, but most likely are pushed into subsequent quarters. Our focus is on getting paid the right price for the licensing of our patents.”

The near stamped that investors exhibited while selling the stock was fuelled by damaging statements from the chief executive who took a combative stance in defending their 3Q performance rather than try and smoothen ruffle  feathers of analysts. The seeming contradiction his statements got highlighted when in reply to a question from analyst commented that he cannot commit growth in revenue from the company’s 4Q operations. This response was seen to be a complete contradiction in response to above quoted remarks from him.