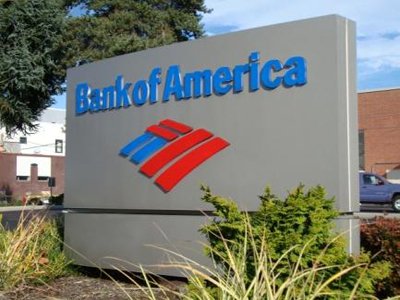 Bank of America Corp (NYSE:BAC) is the subject of a class action lawsuit in three Georgian counties. The lawsuit is for allegations that the bank in partnership with its other groups violated the Fair Housing Act during the early-to-mid 2000s. . Harris Pen Lowry LLP law firm, which is representing the complainants says the defendants engaged in discriminatory lending practice equity stripping.

Bank of America Corp (NYSE:BAC) along with Bank of America NA, Countrywide Financial Corp, Countrywide Bank, FSB Merrill Lynch & Co are the defendants in the case. The law firm alleges that the group specifically targeted African American and Latino borrower even though they knew very well they were likely to default. Their programs reportedly steered them into high-cost, non-prime mortgage loans, which most of them went on to default.

Bank of America Corp (NYSE:BAC) and the rest are also accused of directly originating such loans and also assisted other brokers in originating them. Some of the brokers sucked into the lawsuit include Accredited Home Lenders, First Franklin Financial Corp, and Option One Mortgage Corp.

The law firm also alleges that most of the suspicious mortgages were originated with the sole purpose of generating higher greater income for Bank of America and its partners. All the defendants went on to earn larger profits from higher loan interest rates according to lawyers representing the complainants. The defendants are also accused of increasing mortgage servicing charges over the life of the loan as well as loan pre-payment penalties and expensive added fees.

It is not the first time that Bank of America Corp (NYSE:BAC) has found itself in trouble over discriminatory lending practices. The latest lawsuit adds to the numerous litigation lawsuits to befall the bank in the recent past. The company is currently trying to get past the legal matters as it strives to focus on its core business.

Several other banks of the likes of JPMorgan Chase & Co. (NYSE:JPM) and Wells Fargo & Co (NYSE:WFC) have also been forced to defend themselves against similar allegations.