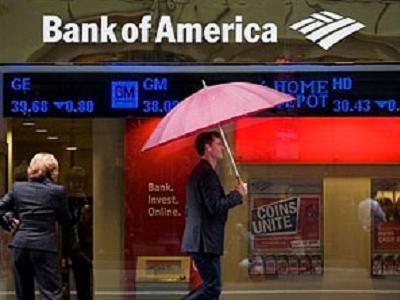 Dallas, Texas 12/03/2013 (Financialstrend) – The S&P 500 index tracked Bank of America Corp (NYSE:BAC) with a market cap of 4168 billion and net income of close to $7.2 billion over the trailing 12 months has been struggling to put its murky past related to selling  off risky and caustic mortgage bonds to unsuspecting under writers and insurers behind it. Every few months some of its wrong doings in those days of financial laxicity before the 2007 financial crash creeps up on it in the court of law and the banking firm is seen quickly settling the claims of wrong doing by shelling out billions of dollars as fine.

In a repeat of such a story line, it was announced yesterday that Bank of America Corp (NYSE:BAC) had kissed and made up with Freddie Mac by agreeing to pay $404 million as damages for the faulty and bad residential mortgage bonds it had sold to Freddie Mac till 2009. With this settlement, the bank would be hoping that it has seen the end of its disputes related to the pre 2007 missteps with Freddie Mac once and for all.

Bank of America Corp (NYSE:BAC) also put up a brave front post this settlement by claiming that it had the fine amount being paid out adequately covered under its reserves and hence its profit margins are not expected to be impacted  by this settlement.

Announcing the successful completion of the negotiations with Bank of America Corp (NYSE:BAC) Freddie Mac’s CEO Donald Layton has been quoted as saying, “We are pleased to have reached this agreement with Bank of America, which now allows both companies to move forward. We continue to make very good progress in recovering funds that are due to the American taxpayer, as well as resolving Freddie Mac’s legacy repurchase issues.”