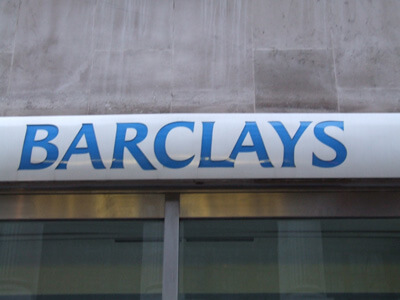 Dallas, Texas 06/26/2015 (Financialstrend) – Barclays PLC (ADR) (NYSE:BCS) is in advanced talks with its top executives as it moves closer to spinning off its private equity business. The spin-off should allow the bank to focus more on its core business that revolves around banking operations.

Barclays PLC (ADR) (NYSE:BCS) Natural Resource Investments has its offices in London and commitments valued at over $3 billion from 28 companies. On being bought, the unit is to change its name to Global Natural Resources Investment and will handle a total of 17 investment portfolios on behalf of Barclays.

Barclays PLC (ADR) (NYSE:BCS) is aggressively spinning off operations that have remained unprofitable or non-core of which BNRI meets the threshold. Failure to find interested parties from the outside forced the bank to pursue management buyout.

The Volcker rule that prohibits banks from investing in private equity operations could be another reason that forced Barclays PLC (ADR) (NYSE:BCS) to spin off the unit. A shift of goals to focus more on core operations should improve the bank’s efficiency, which is expected to boost its profit margins going forward.

Separately, Barclays has appointed JPMorgan Chase & Co. (NYSE:JPM) as its corporate broker, taking over from Credit Suisse Group AG (ADR) (NYSE:CS). The selection of JPMorgan comes after a number of banks were invited to pitch for the role. Brokers are normally used to advise companies on various matters such as acquisitions and mergers.

The appointment of JPMorgan comes as the new chairman John MacFarlane continues to oversee Barclay’s efforts in cutting costs with an eye to improving returns to shareholders.

Barclays is also reportedly reviewing its auditor, a position that has been occupied by PricewaterhouseCoopers LLP for more than a century. JPMorgan remains Barclays PLC (ADR) (NYSE:BCS)’s top adviser for mergers and acquisitions. Credit Suisse has been losing its market share as an advisory partner as its shifts its attention to boosting shareholder returns.