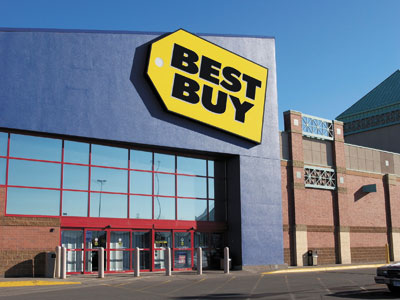 However, Best Buy Co Inc. (NYSE:BBY)’s total revenue fell 3.3% year over year to $9,035 million during 1Q15 and also fell short of 2.16% or $200 million as compared to the Zacks Consensus Estimate of $9,235 million. Comparable store sales also decreased 1.9% during 1Q15 as compared to a decline of 1.4% in 1Q14. Gross profit fell 6.4% year over year to $2,020 million during 1Q15. The decline in gross profit was largely attributed to soft top-line performance and was partially offset by lower cost of goods sold. The company reported decline of 70 basis points in its 1Q15 gross margin which was reported at 22.4%. Adjusted operating margin for 1Q15 was reported at 2.3%, increased by 30 basis points.

Best Buy Co Inc. (NYSE:BBY) announced that its cost containment program helped achieve an additional $95 million worth of annualized savings during 1Q15 which accounts to $860 million worth of total annualized cost reductions. During prior-quarter’s earnings release, the company raised its cost reduction target to $1 billion. The management is now making investments in mobile, online and the multi-channel approach and also announced new vendor partnerships to capture incremental revenues. The company announced to have partnered with Samsung and Sony Corp. (ADR)(NYSE:SNE) for new home theater stores within-a-store.