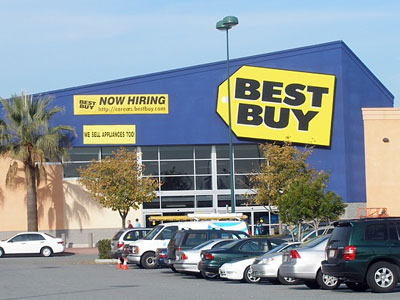 Dallas, Texas 05/21/2014 (FINANCIALSTRENDS) – Best Buy Company Inc. (BBY), the largest electronics retailer in the country has dropped by around 40% in 2014, after it registered a very remarkable rise of 236% in the previous year. Hubert Joly, is the French veteran who took-over the helm of the company in 2012. He outlined a very well-devised strategy that was named “Renew Blue,” after the blue t-shirts worn by the sales associates of the company. The investors also became optimistic when the company introduced their turnaround plan.

But unfortunately, the sentiments could not sustain and then turned in the opposite direction when BBY posted a drop in sales over the holiday season that happens to be the most-crucial season for all retailers. Many market watchers are convinced about the strategy that is being followed by Joly’s & can also foresee the turnaround in the near future. Joly believes in eliminating the price as an obstacle to the conversion, and he came up with the price-matching policy to attract the customers. He followed a very simple strategy that customers shouldn’t leave their premises only because the same products were available at some other retailer at a cheaper price.

A strategy that strained margins

Though this strategy benefited the customers, it weighed very heavily on the company’s margins. In the 4Q FY2014, the gross margins dropped the most to 20.1% as BBY relied on very sharp markdowns to attract customers. In the course of the earnings call, the company’s management said that the price-matching policy had helped it up its market share, but that had come at a cost. Best Buy Co Inc (NYSE:BBY) probably did not have any choice as the overall retail-environment was highly promotional. Though BBY has now managed to show some signs of improvement in operating & the profit margins by rolling-out many cost-cutting measures, the signs of improvements are still seen in the gross margins.