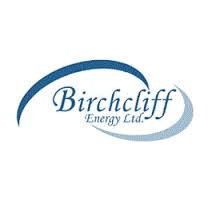 BIRCHCLIFF ENERG NEW (OTCMKTS:BIREF) continued to display its bear market characteristics as it closed at the end of the last trading session with another loss of 4.32%. The volume of the day surged to 168,000, much higher compared to the daily average of 24,000 only. The highest volume in the last 12 volume was seen in an up day but that was an illusion in the midst of a huge bear market. The weakness is most pronounced in the structure in the form of a series of lower highs and higher lows and unless a higher high is made, much more downside can be expected. 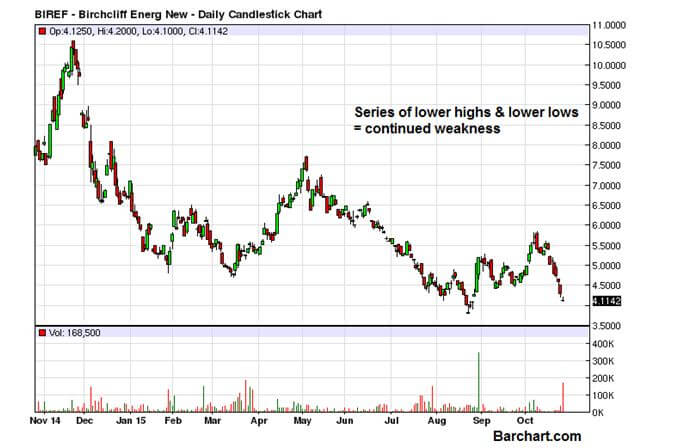 BIRCHCLIFF ENERG NEW (OTCMKTS:BIREF) has announced the results for the recently concluded 2Q2015. As per the reports, the average quarterly production surpassed 38,489 Boe per day level. The another highlight of these results was operating cost that touched a low level of $4.53 per Boe.

Birchcliff has enhanced the average production by 2000 Boe to 41k-42k Boe per day in the fourth quarter. Earlier, it expected to incur total capital expenditure of $266.7 million in 2015, which has come down to $250 million.

The senior management team of Birchcliff is delighted to see a wonderful recovery in operational efficiency in 2Q2015. According to Jeff Tonken, CEO & President, Birchcliff, the 2Q2015 was special for Birchcliff in many ways. First, the company achieved average production of 38,489 boe per day, which was never touched in the past, and the second is the downfall of operating cost level to $4.53 per Boe. Both of these figures could be achieved because of everyone’s hard work and sheer commitment to take Birchcliff to newer heights.

If year-on-year performance is taken into account, Birchcliff managed to uplift its average production by 23% in 2Q2015. Tonken also said that company’s cost to equip, drill, complete, case and tie-in Montney horizontal natural gas wells reduced about 22% and touched a low level of $4.5 million per well. Earlier it was $5.8 million per well. The collective impact of these cost reduction and production efficiency enhancement led to a higher internal rate of returns and capital efficiencies.