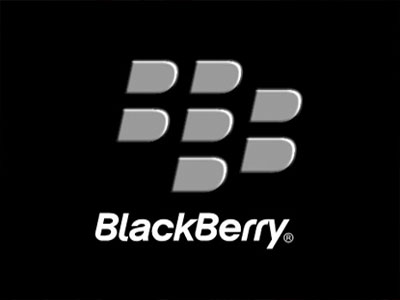 Dallas, Texas 12/10/2013 (FINANCIALSTRENDS) –Even as BlackBerry Ltd (NASDAQ:BBRY) struggles to get its act together around its handset business, its mobile messaging technology service has been continuing to hold its own amongst the emerging new messaging apps. This has been made possible because of the much delayed course correction on part of the maker of iconic business phones which first offered email functionality on its phones. It has released its messaging services on mobile O.S like android and iOS. This has resulted in the unlikely event of the former users of BlackBerry messaging service enthusiastically taking to the social media like Facebook Inc (NASDAQ:FB) and Twitter Inc (NYSE:TWTR) to share their BBM pins.

This introduction of BBM service on competing O.S is a clear sign that the makers of BlackBerry Ltd (NASDAQ:BBRY) have finally figured out that they cannot afford to miss the mobile messaging revolution that is currently under way.

BlackBerry Ltd (NASDAQ:BBRY) is a $3.05 billion market capped messaging service provider and business cell phone maker. Readers would remember it fondly as the telecom industry’s first player which offered users email sending options on its phone. For a few years the Canadian firm was synonymous as a business smart phone and enjoyed undisputed market leadership among business users. It was also know for secure messaging services which were a rage much before the advent of messaging apps. All that changed as the phone maker did not anticipate the changes which overran the mobile handset business post the launch of Apple Inc. (NASDAQ:AAPL) iPhone in 2007.

BlackBerry Ltd (NASDAQ:BBRY) has managed to post a 50.55% drop in the market value per share over the trailing 12 months. This dip in value has slightly slowed down to a negative 7.11 percent in the past one week probably thanks to the whole sale changes in management that was brought in by its acting Chief Executive. Readers should note that the stock has managed to shed close to 57.85 percent in the past 180 days. This haemorrhage in the value of the stock was exhibited right into the past 90 days as the stock had recorded a 49 percent dip in its market value. In the last month the dip in investor confidence had slowed down to 11.7 percent as slew of changes began to be effected at the top by a despondent board of directors. At current valuations the stock is trading at $5.88 per share which is just 1.38 percent above its prior 52 week low price points.

During the last quarter for which result were declared in September, the maker of smart phones and popular blackberry messaging service BlackBerry Ltd (NASDAQ:BBRY) had posted a bank braking 47 percent dip in sales over comparison to same quarter last year. It’s earnings per share is also down by a 94.72 percent for the same quarter period. Its profit margin and operational margins is also down in the double digit negatives as it had to right off close to $1 billion worth inventory of recently released mobile models which it had released with much fanfare only to suffer huge embarrassment when the units just gathered dust on the store shelves. In the run up to its third quarter announcements investors are hunkering down to face up to more such inventory write offs as the company under the stewardship of new CEO is trying to wipe the slate clean before embarking on a turnaround course.

In related news it’s been reported that in the ever expanding mobile computing devices market the market share of South Korean company Samsung which works on Google Inc (NASDAQ:GOOG) backed Android O.S has been slowly but surely crept up and now managed to outpace growth posted by the earlier launched iOS of Apple Inc. (NASDAQ:AAPL) iPhone. In this intensively competitive market, BlackBerry Ltd (NASDAQ:BBRY) has found itself lead footed in its responses to the constant changes which are being brought in by its competitors.