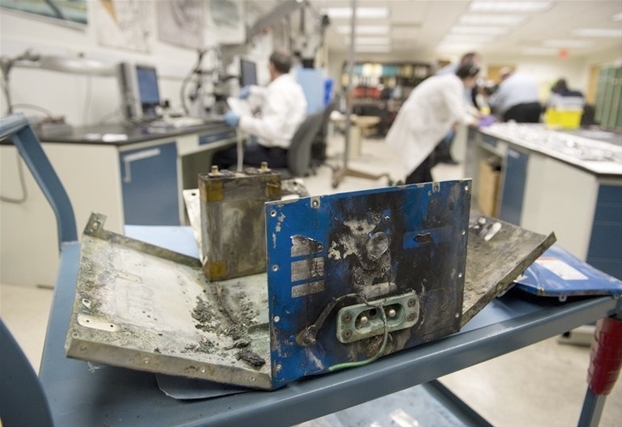 Boeing is a great company which has been building airplanes for a couple of years now. Maybe without even knowing we’ve all been at some point inside of a Boeing airplane, but even though it is a highly skilled and known company, this does not mean it does not have its flaws.It’s a little known fact that a small item, or lets better call it part, of an airplane can cause huge issues.  To use as an argument I can use the issues that the Boeing 787 Dreamliner had with the lithium ion battery that was used.

That small battery almost crashed a plane in Boston back in January and also caused a force landing of a plane in Japan. The reason is that it burst into flames.Such issues should not occur with a cell phone battery, so its needless to say that it should never occur with a battery used on an airplane, so immediately the FAA came into play and started their own investigation, and Boeing being such a serious company proposed a solution without even waiting for the end of the investigation, sign that they knew exactly what was going on.

Rumors are that the solution provided by Boeing is not a temporary one, but a long term fix which is aimed towards the parts of the battery that may cause it to short-circuit, even though this is just a rumor since Boeing did not want to comment anything yet.The proposal seems to be legit, and according to the FAA they are verifying every detail of the solution, since they consider passenger safety their top priority, and also FAA was able to comment regarding the proposal stating that adding insulation between the cells, and creating a strong stainless steel box with a venting tube are ideas contained in the proposal.

Many passengers wouldn’t like to travel and not be in safe conditions and this is why Boeing is trying to find a solution as soon as possible. Boeing representatives also stated that their engineers are working on finding a solution, so it should be a pretty good one. For now, this is obviously Boeing’s last chance to end this problem especially that the FAA is obviously considering this chance to be the last one. Keep in mind that Boeing has been facing problems in their manufacturing processes as well during the past few weeks.