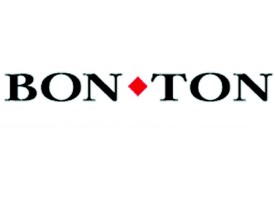 As per the reports, the same store sales of Bon-Ton Stores came down 2.6% compared to the sales reported during the same period in the previous year. Gross margin for the quarter was 33.4% of net sales, down 286 basis points compared to the same three-month period last year.

Other Financial And Non-Financial Highlights

Selling and general & administrative expenses came down $0.7 million in the October quarter against last year’s figures. When it comes to adjusted EBITDA, Bon-Ton managed to post $5.7 million compared to last year’s $28.4 million.

Due to adverse market conditions and below-expectations performance, the company couldn’t end the quarter in a profitable state. Its loss for the quarter was $1.72 per share or $34 million as compared to net loss of $0.57 per share or $11 million during the same period in 2014.

It finished a whopping $75 million accordion exercise a few months back, followed by a $80 million transaction in the recently concluded quarter. Both the transactions enhanced the borrowing capabilities of the company by as much as $155 million and brought up total commitments to whopping $830 million.

The senior management team of the company is delighted to announce these results and hopes that the numbers will improve in the upcoming quarters. According to Kathryn Bufano, CEO & President, Bon-Ton Stores Inc (NASDAQ:BONT), the warm weather affected company’s sales and revenues, and also impacted its winter classifications. However, users continued showering their love upon the company and responded well to its expanded product offerings.

He further added that the management team was hoping this positive trend to continue in the coming quarter. Although the overall projections have come down, Bon-Ton is confident that revenues would improve gradually with the passage of time.