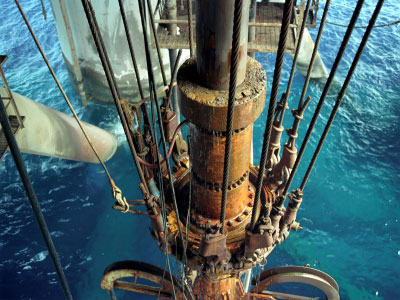 Dallas, Texas 10/15/2013 (Financialstrend) – The $135 billion oil behemoth BP plc (ADR) (NYSE:BP) has been fighting off legal challenges initiated by government agencies and private citizens over the past few years. One such prominent legal battle that is currently making headlines is the one that US government initiated against the oil maker in 2010 post the disastrous explosion at its deep water oil rig leading to a massive oil spill. Private individuals who were impacted by the oil spill are also party to the suit.

On October 3rd, the U.S. Court of Appeals for the Fifth Circuit granted BP a temporary reprieve. This was with respect to the legal challenge BP is facing from US government as described earlier in this write up. The Court has granted an injunction on further disbursement of the settlement funds. The injunction will last till the court takes up for review and rules one way or the other on the already approved settlement agreement. The appeals court passed this order pursuant to BP allegation that specific settlements were paid out fraudulently to private individuals who did not suffer damage from the BP oil spill. BP had gone ahead and initiated legal action on the court appointed claims administrator who BP alleges and approved payouts to undeserving claimants. BP lost the legal battle against the administrator but succeeded in generation enough doubts about specific claims made which prompted the appellate court to pass the injunction. Till date BP has paid out $3.69 billion in claim settlement proceeds. Back ground information that lead up to the October 3 court ruling is in order to bring readers up to speed.

Post the deep water explosion and oil spill; the U.S government squarely blamed the oil major which boats of annual sales of $395 billion for the environmental disaster that followed. The government levied a prohibitive $10 billion exemplary punitive fine on BP. This fine was later reduced to $7.8 billion after court intervention.