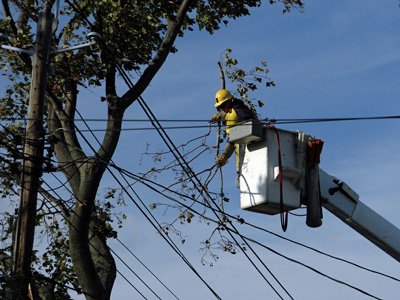 Dallas, Texas 05/22/2014 (FINANCIALSTRENDS) – Calpine Corporation (NYSE:CPN) recently announced promotions of its senior executives in line with its succession plans. The company announced transition of Thad Hill to CEO and Jack Fusco to Executive Chairman. Alongside, the company also announced changes in the responsibilities of certain key executives and promotions of certain executives concerning to its Commercial Operations. The company announced Steve Pruett, Executive Vice President, as its new Chief Commercial Officer. Mr. Pruett has served as SVP of Commercial Operations and recently in January 2014 he was named Executive Vice President. Mr. Pruett has led the Commercial Operations team since June 2011 and now in this increasing responsibility he will be overlooking origination, development, trading and commercial analytics.

Promotion and Change of Responsibilities:

Calpine Corporation (NYSE:CPN) announced Hether Benjamin Brown as its new Chief Administrative Officer. Ms. Benjamin joined the company as VP of Supply Chain Services in May 2009, following which she was appointed as SVP of Human Resources in February 2012 and now in this increasing responsibility she will overlook Human Resources, Change Management, IT Services and Facilities.

Numbers of other leaders have also been promoted as SVP n Commercial Operations so as to entrust them with expanded roles. Such promoted leaders include Alex Makler as SVP of West Region; Andrew Novotny as SVP of Trading; Caleb Stephenson as SVP of Commercial Analytics; and Todd Thornton as SVP of Origination and Development.

Calpine Corporation (NYSE:CPN) has recently seen solid earnings estimate revision our past couple of quarters and it looks pretty sound on its own as well, reports equities research analyst at Zacks. Analysts have raised current quarter estimates from $0.02 per share to $0.04 per share during the past month. At the same full year estimates have been raised to $0.78 per share from $0.73 per share.