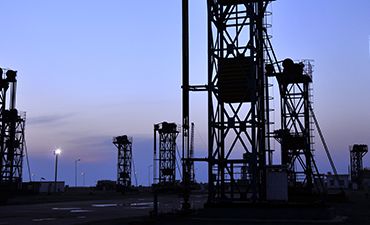 A lot is happening for Camber Energy Inc (NYSEAMERICAN:CEI) as the company experiences trying financial period. The oil and gas company is struggling to pay off debts while undergoing a takeover at the same time. Particularly, Camber Energy financial performance is not encouraging for the past year. The company blames poor business environment and global drop in oil prices.

The company’s stocks are having a bumpy ride with collapses and gains, Nasdaq Times reports. Particularly, “the firm is standing on an inconsistent situation” as it tries to find strong footing in financial matters. According to Nasdaq times, the company’s shares are trading in the negative at the moment.

In a September operational update, the company revealed that it is expanding the number of oil wells in operation. Particularly, the update explains that it is yet to work over 19 wells due to funding shortage. As a result, the company announced a disposal of some of its assets.

To shore up its financial coffers, Camber energy agreed to assign some of its debt to N&B Energy, LLC. In the transaction, the company would dispose off “a substantial portion of its assets” to N&B. N&B would then assume “all of Camber’s senior debt with International Bank of Commerce.”

Actually, Camber Energy financial performance is suffering due to the debt. Interestingly, the company announced via another news release the execution of Standstill Agreement with International Bank of Commerce (IBC). The release reads partly says that:

“Pursuant to the agreement, IBC agreed to a standstill under its loan with the Company (which has a balance of $36.9 million) and gave its consent to the Company’s planned disposition of a substantial portion of its assets in exchange for the buyer’s assumption of all of Camber’s senior debt with IBC, as previously disclosed.”

Particularly, the company will get a contract substitution in the event that the Standstill Agreement closes. Technically, this will allow Camber energy some more grace period to pay the debt. As a result, the company will have the much needed funding to carry on with the work in progress.