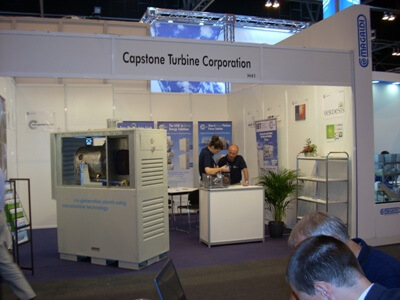 Dallas, Texas 03/17/2014 (FINANCIALSTRENDS) –  Capstone Turbine Corporation (NASDAQ:CPST) has been one of the handful of energy companies which have been reporting continued high trading in volumes over the past few weeks. The company in its latest surge, noted in the second week of March, posted 14% increase.

In fact, Capstone Turbine Corporation (NASDAQ:CPST) has reported a rally, in January last reporting over 20% growth into February. However, in the first week of March the stocks began to see a drop in the trading price.

Experts analyse that January saw orders and inventory creation, whereas through the month of February, it failed to pull in any orders, for the unique microturbines the company makes. These turbines are used in oil as well as shale plays and CPST typically receives orders for these modules through one of its subsidiaries.

A round of analyst’s upgrades, namely FBR Capital led the rally, running high on the spate of new orders it received in the third quarter of 2013. The orders for these independent microturbines have been increasing from one year to the next by over 80%.

Capstone Turbine Corporation (NASDAQ:CPST) has been providing a range of multi-fuel microturbines which are considered to be more effective than single-fuel turbines by energy companies, as they now have choice of low-cost input fuel in the form of natural gas.

Thus far, CPST has received analysts upgrade to Outperforming peers. FBR Capital has a price target of $2.5 per share by the end of the fiscal this year. Capstone itself, hopes to post break-even with respect to its operating earnings by first quarter of 2014 itself. However, to achieve this benchmark or even approach a positive cash flow position, it will have to report at least 200 units shipment of its multi-fuel microturbines for the fiscal quarter.