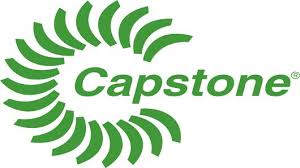 In a message, the Enterprise Vice President of Sales and Marketing, Jim Crouse commented that for his company the Russian markets hold great significance. This market segment, consisting of Russian municipalities has allowed the company immense opportunity of growth in two key sectors – oil and gas, besides CHP markets.

Despite the multiple sanctions which the US has imposed on Russian economic activities, until now Capstone Turbine Corporation (NASDAQ:CPST) has been able to overcome them.

Incidentally, Capstone Turbines received a fresh order requiring 25 microturbines of Capstone C65, which total over 1.6MW, despite the tense political pressures. The order is with regard to commercial industrial applications, which combine heat as well as power, besides oil and gas in the middle of US.

In the second week of August, alternative energy stocks has been marking strong rally, with too CPST posting strong gains.

Capstone Turbine Corporation (NASDAQ:CPST) has been wise in adopting a factory protection contract, for 9 MW unit. The package will cover nine C1000 Power units and will see the total contract including previous FPPS go past $55M.

CPST announced that this deal is with Horizon Power systems, an energy supplier, and include 600 and more of its microturbine line-up in the operations.

The company also noted that the $55 million which it sees as a backlog will additionally include the $175 million backlog it held as of June 30.

Capstone Turbine Corporation (NASDAQ:CPST) remains focused on moving ahead with its commitments despite the tense situations in which its employees have to operate.