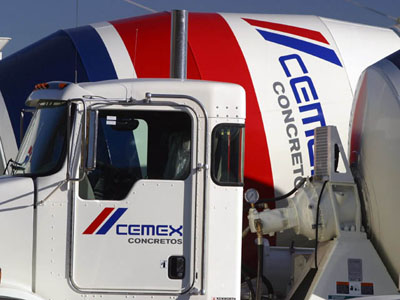 In the last trading session, the stock price of Cemex SAB de CV (ADR)(NYSE:CX) gained more than 1% to close the day at $7.85. The gains came at a share volume of 21.39 million compared to average share volume of 11.51 million.

Earlier in October, the company shrugged off hurricanes and earthquakes in its top markets to record a better-than-anticipated quarterly profit, helped by lower financial costs and reduced tax burden. Cemex’s profit jumped to $289.2 million in the third quarter from $285.6 million in the comparable period a year ago. Sales came at $3.55 billion versus $3.47 billion a year ago. Analysts surveyed by Reuters anticipated $181 million in net income and $3.48 billion in revenue.

Cemex has been divesting assets to reduce debt and reclaim its investment grade rating. It generated some of its reported quarter profit from its sale of shares in Grupo Cementos de Chihuahua in September 2017. The company, which has operations in over 50 nations, had to struggle with natural disasters in major markets. CEO Fernando Gonzalez stated that heavy rains, quakes and storms affected demand.

In Mexico, which witnessed two major earthquakes in September, quarterly sales volumes declined across Cemex’s main offerings, including a 10% decline in domestic gray cement. Still, company reported it had higher prices in the segment.

Gonzalez said reconstruction initiatives after the quakes will probably need cement of 500,000 tonnes over the upcoming 12 to 18 months. In the U.S., where net sales declined 3% for the third quarter, Cemex stated that cement volumes jumped 2% irrespective of massive precipitation and two hurricanes, Irma that impacted Georgia, Tennessee and Florida, and Harvey that impacted Houston. Operations mired in those regions for around a week during hurricane season, however failed to project how much cement would be required for reconstruction initiatives in hard-hit Texas and Florida.