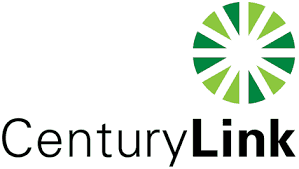 Centurylink Inc (NYSE:CTL) has launched a plan to lay off hundreds of workers and the plan is expected to go on for several coming weeks. The plan is part of the company’s reorganization program to adapt to new technology following its merger with Level 3 Communications last year.

The company, which is based in Monroe, Louisiana, is reducing its workforce by 2% in a move aimed at scrapping jobs in several divisions. CenturyLink did not however disclose the exact number of workers to be laid off. However, according to employment figures that the company announced earlier this year, 2% would translate to around 1,050 workers.

CenturyLink has around 7,800 workers in Colorado. It is not clear of the number of workers that will be laid off at the company’s major offices in Broomfield, downtown Denver and the southern metro-area suburbs.

In a statement, the company’s spokesman Mark Molzen said the merger of two big companies create duplication of position, which the company must address if it is to remain competitive. He added that the program, together with increased automation, is geared at increasing the level of customer service. The company did not reveal the details of the positions that will be scrapped or the geographical distribution of the workers to be laid off.

This is the largest round of job cuts for the company since taking over Level 3 Communications, which is based in Broomfield. This was a $24 billion cash and stock deal and was closed on November 1, 2017.

The US communications Workers’ union, under which thousands of CenturyLink workers fall, has already blasted the company terming the move disgraceful. The union has indicated that the company got $1.1 billion in benefits because of the federal laws passed last year.

Brenda Roberts, the Vice President of Communications Workers of America District 7 accused the company of pursuing short-term gains by cutting off its workers. He said that the company is seeking to boost the price of its stock and earn more money for the executive and shareholders. A total of 11,000 workers at CenturyLink are members of the Communications Workers of America District 7.