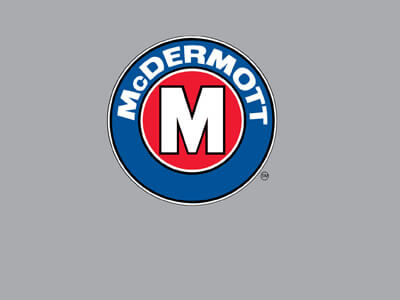 At some point, McDermott International Inc (NYSE:MDR) based in Houston was at a turning point and its merger with Chicago Bridge & Iron Company N.V. (NYSE:CBI) at accost of $6 billion helped to even moved it forward.

According to McDermott’s president and CEO David Dickson, the company had become too big to stick to one sector of the industry and yet still small to favorably compete with some of the big players in the industry. Dickson was speaking at the Offshore Technology Conference where he was a panelist.

McDermott’s merger deal with CB&I seem to have helped solve the two problems. At its peak, Chicago Bridge & Iron Company deal had a market cap of over $9 billion. This could be a big scale for McDermott. Additionally, CB&I is well positioned in fields like petrochemicals, LNG which are very new sector for McDermott. This helped McDermott have a good window for entry into these fields.

Dickson said that sectors like LNG have a very promising future and it was good timing for the company to make entry and the merger with CB&I was the right way to do so.

In 2017, McDermott’s revenue stood at $2.98 billion. During the same period, CB&I reported revenues of $6.67 billion. Both shareholders of both McDermott and CB&I have approved the, merger during their respective shareholders’ meetings held on May 2 the two companies are expected to close the deal on May 10.

Meanwhile, Oceaneering International (NYSE:OII), based in Houston has a completely different M&A strategy. This is according to its president and CEO Rod Larson who was speaking on the same panel on May 1.

As opposed to McDermott, Oceaneering is leaning towards taking over smaller companies which bring in more capacities and capabilities that help add more strength in their existing businesses.