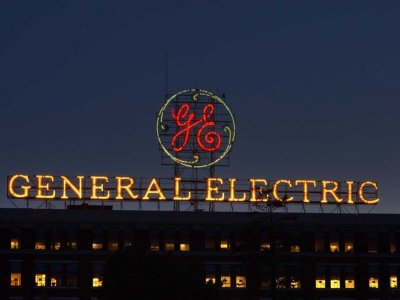 General Electric Company (NYSE:GE) is a large and diverse company and the average investor has always had a tough time with deciding whether they want to add it to their portfolio. Now, one possible hurdle for investors might just be out of the way. General Electric Company (NYSE:GE)’s highly awaited $53B spin-off of its Consumer Finance arm, is in the offing. This now means that the bank earnings will be pared down to under 30% of its overall profits.

In effect, it places the company in the league of clean and high quality means of playing the vast industrial infrastructure cycle. Currently, the company’s finance arm accounts for a much higher percentage of its revenues in comparison to its energy infrastructure segment which is General Electric Company (NYSE:GE)’s core business.

What investors have probably been wary of is the fact that over the last decade, the company has not been able to maintain pace with its peers. Y-T-D, the company’s shares have risen by 26.08% and have outperformed the S&P 500 very fractionally (which rose by 25.7%). But the fact still remains that it is still trailing companies like United Technologies, Honeywell, Illinois Tool Works and 3M.

Now, the company has planned on divesting 20% of its finance arm in 2014Q1 via an IPO. The proceeds of this sale will be utilized to finance the company’s other standalone operations. The analyst estimate is that the company’s finance division is worth anything between $18B- $20 Billion. Effectively, the planned 20% sale should bring in $3.6B-$4B for the company. The balance 80% of stake in the company will be offered to General Electric Company (NYSE:GE) shareholders in this fairly unusual plan that is slated to take place in 2015.

Shareholders who are willing to buy these shares of the company’s retailing finance arm will have to utilize their GE stock, to do so. In this manner, General Electric Company (NYSE:GE) will reduce the number of outstanding shares from the current count of 10 billion-plus to approximately 9 billion.

Many changes in the pipeline

Other changes that the company is considering is that it will be looking at adding some muscle to its industrial segment. This segment is involved in the manufacture of gas turbines, aircraft engines, CT Scanners, locomotives and gas drilling equipment. In the last quarter, General Electric Company (NYSE:GE)’s industrial segment reported a robust 11% growth in its profits to touch $3.97 billion. This double-digit growth helped General Electric Company (NYSE:GE) beat average analysts’ estimates of $0.35 EPS by posting an earnings per share of $0.40.

Though General Electric Company (NYSE:GE) has not divulged any details about how it will be revamping operations and where it will be channelizing the retailing finance cash ,many feel that the company’s aircraft engine manufacturing segment is the one that will eventually benefit. In any case, General Electric Company (NYSE:GE) seems to have a plan in place and hopefully it will go as planned.