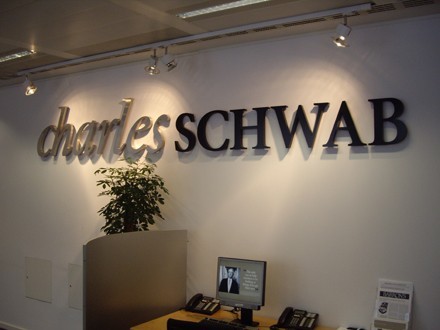 Charles Schwab Corp (NYSE:SCHW) has received a Buy rating by nine analysts while five have given it a Hold rating. On an average, the broker stock rating has been estimated at $36.32 for the next 12-months. The company EVP Bernard J. Clark traded 31,783 shares on November 6 at a $33.34 mean price per share. Another EVP Terri R. Kallsen had also traded 15,469 shares on November 4 earlier at a $31.58 rate per share.

In another announcement, the company headquartered in San Francisco is mulling to open an operations centre near the Circle T Ranch in Westlake. According to a realty source, the company is mulling buying 74 acres land at the estate by 2015 end. A Charles Schwab spokesperson Sarah Bulgatz has disclosed that the company was keen on buying the property in the Dallas region for expansion and a lease agreement has already been signed in the Westlake area that would easily house over 500 employees. The lease has been signed for a period of five years for an office space of 130,000 square feet on the Roanoke Road, near the development area. She did not talk about any other realty deals of the company.

A Howard Hughes spokesperson also confirmed that the company was a partner in the mixed-use development but did not divulge any other details.

As per an insider, the company may construct a massive campus with 1.2 million square feet covering area that could consists of around six buildings. The hunt on finding a right place in the Texas region has been on for Charles Schwab Corp (NYSE:SCHW) for over an year now and it would be relocating jobs from its San Francisco office.

Charles Schwab is currently on a massive expansion mode. The company is also involved in another project that is creating 1,200 jobs in Austin, where the operations are being expanded and in El Paso, where a new center is coming up.