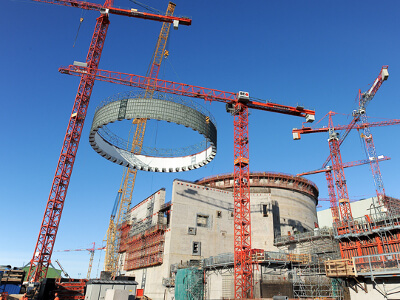 Dallas, Texas 04/30/2014 (FINANCIALSTRENDS) – Chicago Bridge & Iron Company N.V. (NYSE:CBI) reported its first quarter 2014 operations results on 23rd April after market close. It reported a net income of $94.4 million, which translates into earnings per share of 87 cents. Revenue for the reporting quarter came in at $2.9 billion which was a 30 percent increase over 1Q13 revenue. The order book for the current quarter increased to a hugely impressive $5.8 billion, which in turn jacked up the total backlog in its order book to a huge $30.7 billion. In the same period last year, the company had recorded new contract awards of $1.9 billion and the total backlog had come in at $27.79 billion. At the end of the reporting period, the construction major boasted of cash and cash equivalents of $420,163.

Explaining the wide range of its target market and the diverse scope of its various deal sizes, Chicago Bridge & Iron Company N.V. (NYSE:CBI) President and Chief Executive Officer Philip K. Asherman has been quoted to have said that “Over the past two quarters, CB&I has booked more than $11 billion in new awards, which includes $5.8 billion in the current quarter. These awards are diverse in size, value and geography and reflect our ability to continue to capitalize on our global end markets across each of our operating groups. Noteworthy awards in the quarter included Sempra’s Cameron LNG facility; Chevron’s Wheatstone LNG facility and Liwa Plastics project”.

The Chairman went on to then list out some of the key project wins in the reporting quarter by highlighting their new contracts with the likes of South Caucasus for their Pipeline Expansion project and Mina Abdullah refinery construction project.

In spite of the relatively positive operation numbers being reported by the firm, its share price has dropped by a huge 9.2 percent during trading in the past one week.