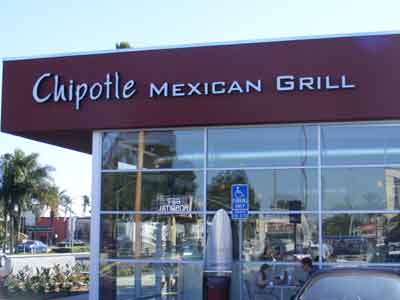 Dallas, Texas 07/13/2015 (Financialstrend) – Customers visiting Chipotle Mexican Grill, Inc. (NYSE:CMG) outlets in San Francisco will have to pay more as the fast food chain moves to offset a deficit in earnings after increasing its minimum wage bill.   Locations in the city have reportedly raised their prices by as much as 14% corresponding to a 14% pay hike that the company initiated on May 1. Restaurants in Denver, Minneapolis, Chicago and Orlando have also initiated price increases to cater for a higher wage bill.

The minimum wage in the city is $12.25 per hour a 14% hike from the previous rate of $10.74 an hour. A further price hike could be in the offing as the city’s minimum wage is poised to rise to $15 an hour by 2018. Despite the increase, Chipotle Mexican Grill, Inc. (NYSE:CMG) communications director Chris Arnold maintains that their prices remain competitive in the market taking into consideration the ingredient quality.

The average price hike in San Francisco stands at 10.5%, far much higher than a 0.5% increase in other locations in other cities. Chipotle Mexican Grill, Inc. (NYSE:CMG) outlets in Los Angeles and Seattle have already approved a minimum wage increase of $15 per hour. Waiting to see if the same will result in an increase in food prices.

The minimum wage hike might have hit San Francisco hard because of its occupancy costs that are about double Chipotle Mexican Grill, Inc. (NYSE:CMG)’s average sales. The fast food chain has been successful in keeping its food prices relatively stable amidst unstable local conditions such as rent or regulations because of the refusal to go the franchise way.