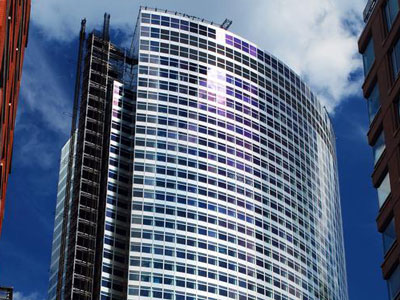 The company has been talking to Mayor John Cranley of Cincinnati and Mayor Tom Williams of Norwood said Torbeck. Cincinnati Bell Inc (NYSE:CBB) might move the Norwood employees into the space at Atrium II/ vice versa. Cincinnati Bell Inc (NYSE:CBB) had started looking at the 309 Vine-building, as had been originally reported, however that deal eventually fell through. Ted Torbeck, the company’s Chief Executive Officer said that the company’s prospects are for the sale are good for their wireless communications network. Torbeck said that he is optimistic that they can do the deal. He said that more in the short-term than in the long term.

This spectrum that they have is extremely valuable. Cincinnati Bell Inc (NYSE:CBB) has been trying very hard to sell the wireless segment since the time Torbeck took over as the Chief Executive Officer n January 2013 he said. They stopped investing in the wireless network about 4 years ago when it had started getting into the data-center market, said Torbeck. He added that the wireless business has now been losing 13-15% of its customers every year, but it’s not that the segment is not making money. Revenue for the Q4 of 2013 dropped 17 percent in comparison the same quarter of the previous year.