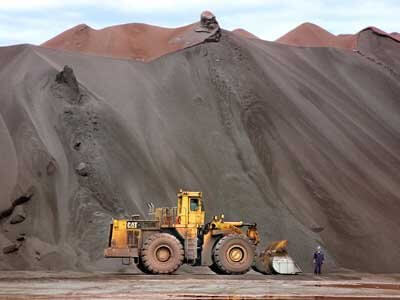 Cliffs Natural Resources Inc (NYSE:CLF) reported revenues falling by nearly 18%, in comparison to previous year. The cause of this downfall was not due to failure from within but due to external factors: The fall in prices of iron ore as well as metallurgical coal. Besides, sales were affected in terms of volumes, with nearly 2% fall in the sales volume because of harsh weather conditions over the winter.

Cliffs Natural Resources Inc (NYSE:CLF) is one of the international mining as well as natural resources company which is an iron ore producer as well as metallurgical coal.

However, the company has also reported good number of positives for the quarter. These include first quarter production of 1.5 million tons at the Bloom Lake, a fact which was remarkable to achieve in rough winter weather.

Cliffs Natural Resources Inc (NYSE:CLF) however, reported good liquidity of 32% in less than year, to the tune of #1.9 billion. The significance in the numbers reported, was the fact that these liquidity factors were sustained, even after iron ore as well as metallurgical coal markets were down.