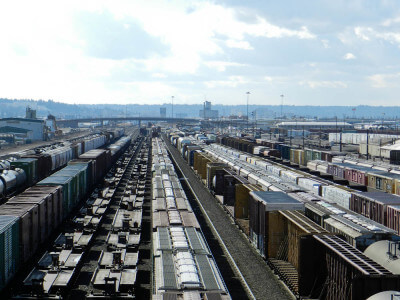 Dallas, Texas 07/02/2015 (Financialstrend) – GILLETTE, WY headquartered Cloud Peak Energy Inc. (NYSE:CLD) announced recently that it has received the Reclamation Award from the “the Wyoming Department of Environmental Quality, Land Quality Division” as a recognition of its efforts to successfully restore the Belle Fourche River area.

The mining was carried out by the firm in the area surrounding Gillette, Wyoming under the aegis of Cordero Rojo Mine. The award is an annual recognition from the state authorities which is aimed at highlighting the industry best practices which have been implemented in the mining sector to restore environment which was degraded due to mining activity. The award has certified the mining approach taken by the team of Cloud Peak Energy Inc. (NYSE:CLD) as being exemplarily innovative. The award was given out to the winner on 19th June as part of the celebrations at Wyoming Mining Association Annual Safety and Reclamation Banquet. This meeting was hosted in Cody, Wyoming.

The approach taken by Cloud Peak Energy Inc. (NYSE:CLD) has been held up as a template for other mining firms to follow. The mine was relocated from a part of the Belle Fourche River by leveraging new designs and innovative reconstruction methods. Thanks to this approach, the river has been restored to resemble its former pristine self. The river has now been restored to its former channel and is observed to be stable with no follow up erosion. The firm has also managed to reintroduce aquatic life into the eco system in the form of “macro invertebrates and invertebrates”. The management team under the tutelage of its President, Chief Executive Officer Colin Marshall has thus managed to demonstrate their continued commitment towards returning land used for mining back to the ecology with as much less damage as possible. The Cordero Rojo mine had generated nearly 34.8 million tons of coal in 2014. Since its first days of production, the mine has managed to cough out nearly 1B tons of coal.