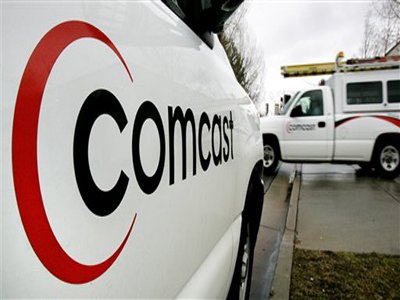 Dallas, Texas 12/04/2013 (Financialstrend) – Comcast Corporation (NASDAQ:CMCSA), probably one of the largest cable media services operator in the country has laid claim to being one of the first to offer its viewers IPv6 network.

This fact, incidentally was verified by the Internet Society (ISOC), that Comcast has already been handling services over the IPv6.

Comcast is also working closely with hardware component makers such as CISCO to bring the IPv6 to the Cable Modem Termination System.

Additionally, the Arris Enterprises gateway modems will have TG852G as well as the TG862G series deployment.

Given the fact that IPv4 addresses are nearing closure, it was critical that Comcast move to the next internet protocol level.

The Internet regulator has been in the practice of ranking its network operators on the basis of the traffic that their Internet Protocol is able to carry. Another important criteria is the network infrastructure the carrier has already installed.

As per ISOC ranking, currently Comcast has a 16.4% IPv6 score. This places the company well ahead of other competitors considered to be cutting-edge service providers such as Japan’s KDDI Corp as well as the U.S. based AT&T.

The fact that Comcast Corporation are far ahead of the cable TV operators currently offering services in the US is reiterated by the ISOC ranking they hold. Time Warner Cable Inc, considered Comcast Corp, closest competitor stand at IPv6 score of 3.4% while Liberty Global Plc. Stands at 2.2%.

Considering the fact that the year 2014 will be the year when IPv 6 will see a doubling in the traffic it will receive, Comcast is well poised to handle millions of users, roughly at 4million broadband subscribers by early next year.