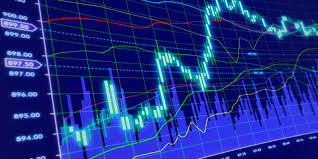 Comstock Mining Inc (NYSEMKT:LODE) announced that it has considerably developed two strategic venture talks and expects at least one transaction to occur during the Q2 2017. The firm hosted its yearly meeting on June 1, 2017.

The leach pad simulations moved into their third week of assessment on-site, in the Comstock’s metallurgical labs, and are supported by U.S. National Science Foundation grants through Cycladex Inc.

Corrado De Gasperis, the CEO and Executive Chairman of Comstock Mining, mentioned that to date, both silver and gold yields are surpassing expectation and tracking remarkably well compared to the cyanide parallel columns. They are encouraged on speed and yields, and look forward to evaluating the specific intake of the non-cyanide things for economic feasibility. Initial report from these cyanide parallel columns will be accessible mid-July.

The firm mentioned that the latest USA Parkway will further connect the greater Reno and Sparks region. Also, the U.S. 50 Silver Springs passage, remains on plan for completion in this year. The project is anticipated to lower travel times by 38% for those commuting between I-80 and U.S. 50 in Lyon and Storey counties.

De Gasperis mentioned that Nevada’s commitment to economic growth has worked well beyond merely supporting Switch, Apple, Google and Tesla. These are staggering dedications to the economies that even support the local communities such as stores, hotels, roads and other investments announced around every week. The roundabout is in the close vicinity of recently approved Comstock Industrial Site, driving interest and value toward non-mining assets.