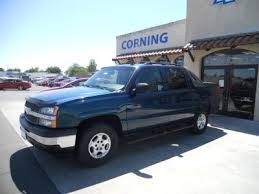 Dallas, Texas 05/014/2014 (FINANCIALSTRENDS) –Corning Incorporated (NYSE:GLW) announced on 29th April dividend payout to its shareholders for the quarter. The Board of Directors of Corning Incorporated led by its Chairman of the Board Wendell P. Weeks who is also its Chief Executive announced that it would be paying 10 cents per share on 30th June to its shareholders on record as of 30th May.

The dividend payout comes on the back of the diversified electronics maker reporting increase in its 1Q14 revenue by close to 26 percent to peak at $2.29 billion. Revenue jump was accomplished on the back of purchase of “Samsung Corning Precision Materials”. The same acquisition also led to increase in the expenses of the firm, which led to the margins from operations in the reporting quarter to come down to 33.7 percent as against the 42 percent it had reported in 1Q13. In the reporting quarter, the firm also managed to grow its share holder holding by buying back nearly $1.25 billion worth shares from the market. The star performer for the company during the quarter was Corning’s Display Technologies divisions which reported a 43 percent increase in its quarter revenue to peak at $929 million.

Corning Incorporated (NYSE:GLW) Vice Chairman of the Board, Chief Financial Officer James B. Flaws in his comments post the earnings call listed out the positives which emerged from the quarter operations  by quoting that, “We closed on a CPM acquisition and launched integration activities. There are some combinations with improved manufacturing efficiencies resulted in improved gross margin performance and the realization of synergies in display. We executed customer negotiations for lower priced declines on LCD glass for the second quarter. We grew the company’s core sales with optical communications and environmental exceeding expectations”. Since the earnings announcement, the stock has gained 1.57 percent at the browsers.