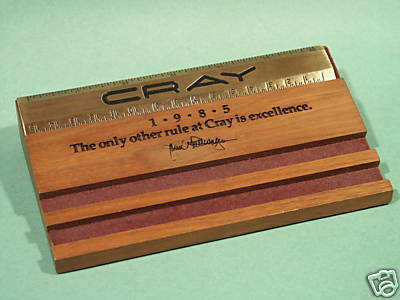 Dallas, Texas 02/20/2014 (FINANCIALSTRENDS) – Cray Inc. (NASDAQ:CRAY) , the $1.5 billion market capped supercomputer manufacturer reported better than expected results from its fourth quarter and full year operations on 13th February. The resulting broad rally in the stock sent the share prices of the firm to new 52 week high price points. It was trading at $37.09 per share, which represents a 23.67 percent appreciation over the past four trading sessions. The sustained rally is also being fuelled by the strong forecast the firm provided for its first quarter FY14 and full year operations.

Revenue for the 4Q was up 63 percent to hit $307.4 million which was well above the consensus analyst estimate of $300.8 million. Net income for the quarter came in at $51 million, which is three times more than the $14 million net income it had recorded in 4Q12.

Expressing his happiness at the outstanding close to the quarter, Cray Inc. (NASDAQ:CRAY) President and CEO Peter Ungaro has been quoted to have said that “We had a great year in 2013, led by strong growth in both supercomputing and big data. We set Company records for annual and quarterly revenue as we completed the acceptance of more supercomputers during the fourth quarter than we have in any quarter in our history.”