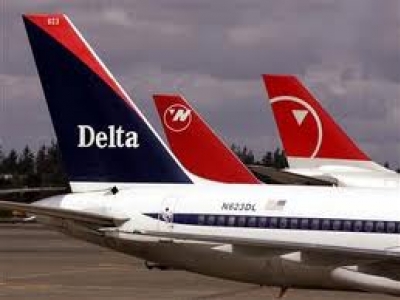 Dallas, Texas 12/23/2013 (FINANCIALSTRENDS) – On Wednesday, Delta Air Lines, Inc. (NYSE:DAL) rolled out a message from CEO Richard Anderson to staff stating that the airline will not permit cellular phone calls during its flights even if federal watchdogs place a ban on them.

In recent times, the Federal Communications Commission proposed lifting the in-flight phone call ban, and afterward voted 3-to-2 to start reviewing lifting the ban on in-flight calls, but now the Department of Transportation is looking for a ban.

During the last month, sources polled reviewers and over 80% who answered thought permitting voice calls on airplanes was an awful idea.

Company adds extra service to back up international gateway in Seattle

The novel service will offer clients with suitable connections to the airline’s rising international system from Seattle.

The airline will also run new nonstop global service in the coming year to London-Heathrow during March plus Hong Kong and Seoul in the month of June, pending administration authorization.

The company declared that it anticipates a massive increasein its profits this year. The firm estimates its pre-tax income, excluding special items, to prop up 70% year over year to $2.6 billion this year. Additionally, it also predicts a drop in its debt position to $9.6 billion in 2013 from $11.7 billion in the year 2012.