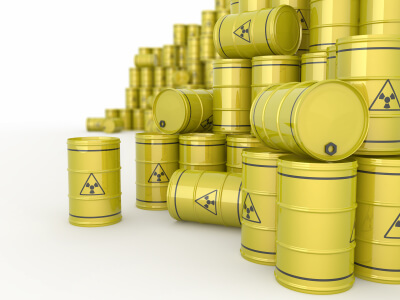 Dallas, Texas 04/01/2014 (FINANCIALSTRENDS) –  Denison Mines Corp (USA)(NYSEMKT:DNN) and other uranium producers, like it wait patiently for one of the world’s largest economies to rise again. For twined to the resurgent growth of the Chinese economy are several industrial sectors, in that, Nuclear Energy suppliers, producers and infrastructure providers. This is especially true of uranium and alternate feed material producers such as Denison Mines Corp.

Denison Mines Corp (USA)(NYSEMKT:DNN) is Toronto based Canadian uranium exploring and milling company with assets spread in rich mineral-regions of the world.

For the uranium producing companies, the Japanese nuclear reactor disaster was unfortunate. Prices of this radio-active element fell by nearly 50% and three hence, has recovered to price points which are just half of what it was in pre-2011.

Producers such as Denison Mines Corp (USA)(NYSEMKT:DNN) and other lead players such as Cameco Corporation, Rio Tinto’s, struggle with low uranium prices. There is expectations of a sluggish revival in the industry, if one of the potential largest consumers of this element- China – were to commence consumption.

They, there may some contribution to revival as other players in the South East Asian region such as Japan too may  contribute to a likely turn around.

Denison Mines Corp (USA)(NYSEMKT:DNN) is expecting like other producers such as Paladin Energy, Areva that China by will move faster to bring all of its projected reactors to production stage.

According to latest studies by industry experts, china reportedly has 11 nuclear reactor producing energy in the country. The outlay of nuclear reactor in the near future includes massive 17 more, taking the tally of the total number of reactors in the country to 28. Japan too is expected to come back to nuclear energy fold, with stringent norms in place, Away in Europe, too as countries such as Germany move to dismantle their nuke reactors, the recent uncertainty due to dependence of Ukraine for fuel has triggered a cry for slowing down the pace of dismantling these reactors.