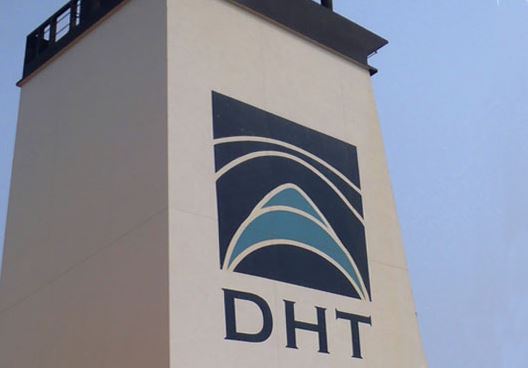 DHT Holdings Inc (NYSE:DHT) was a notable outperformer during Thursday’s trading session rallying by 1.04% on heavy volumes, which were 1.05 times the daily average. The stock has been trending higher since it broke out from a downward sloping trend line resistance, which was seen as a huge positive. DHT Holdings currently trades above all daily moving averages.The indicator measuring relative strength provided a fresh buy signal indicative of the strong buying interest. The oscillator for momentum is showing signs of giving a bullish buy signal, which is a positive sign. Traders see the stock heading to levels of $8.10. 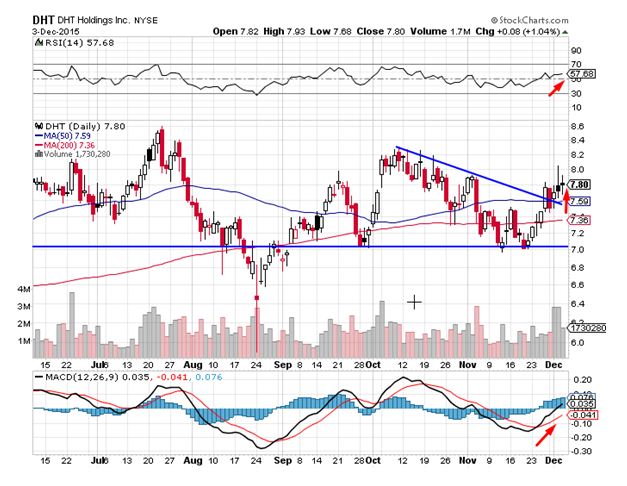 DHT Holdings Inc (NYSE:DHT) has announced that it has acquired a new VLCC new building vessel from Hyundai heavy industries. The company revealed that this is the first in a series of six vessels expected to be delivered to the company till the end of next year. Additionally, DHT has also announced an adjustment to the conversion price of its convertible senior notes, due 2019. The change has been made in connection with the release of the recent cash dividend of $0.18.

DHT revealed that its new vessel would be christened as the DHT Jaguar and is expected to be used in the spot market. The company also announced that all of six vessels have been fully funded and would be used to contribute greatly to the company’s earnings capacity. DHT expects the next delivery in January 2016. The company revealed that the change in conversion price affects the holders of the 4.5% convertible senior notes. The previous conversion rate was $7.7453 per share and after the update; the new price would be $7.5627.

Analysts have been quick to update their ratings on DHT, after the recent news. The majority of Wall Street analysts have awarded the stock an average buy rating. Added to this, the company has also attracted the attention of analysts at Morgan Stanely, who have recently initiated coverage on the stock. Currently, DHT holds a price target of $9.5 per share from the analysts. However, the analysts believe that the stock is overweight.

The mixed views on DHT could be due to the fact that the company had recently missed its analyst estimate by $0.01. However, the 3Q2015 also highlighted DHT’s progress in earnings, when it reported a 242.7% increase in revenues on a year-over-year basis. At its current pace, analysts expect the company to post an EPS of $1.08 at the end of FY2015.

DHT Holdings Inc (NYSE:DHT) finished trading on December 3, after adding 1.04% to its share value and trading a total of 1.73 million shares during the session. The stock closed at a share price of $7.80.