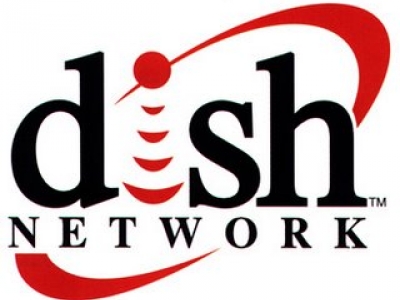 Dallas, Texas 11/29/2013 (Financialstrend) – In an new move, A judge in Nevada has ruled that Charles Ergen, the DISH Network Corp (NASDAQ:DISH) Chairman can continue to be involved in the company’s bid for LightSquared Inc. this despite the fact that he has a personal interest in this deal. On Wednesday, Judge Elizabeth Gonzalez of the Clark County District rejected the  shareholders’ attempt to block the Chairman’s involvement in this deal and also put the LightSquared assets bidding in the hands of the other directors of DISH Network Corp (NASDAQ:DISH).

In her ruling, the judge said that the court finds no evidence of risk of any irreparable harm as the money damages are enough to compensate in the event that the plaintiff is finally successful on the claims. The company’s shareholders had sued the board of the company and argued that the independent committee should ideally be overseeing the LightSquared bid since Ergen had privately acquired around $1B of this bankrupt company’s debt.

The judge said that the shareholders did not present any evidence and there was no legal and coherent theory presented either, about any harm that the company would face if Ergen wasn’t prevented from participating in this bid to acquire the LightSquared assets. A lawyer who was representing the shareholders, Mark Lebovitch did not respond to the request for a comment.

In a statement, a DISH spokesperson said that the company was happy with the decision. He said that the Nevada Court had denied on virtually all counts the request from the plaintiff, to interfere with the decision-making authority of DISH Network Corp (NASDAQ:DISH)’s board of directors with respect to the possible acquisition of some of the  LightSquared assets.

A U.S Trustee said a couple of days ago that LightSquared Inc may not have any  feasible plan to reorganize. The company had put forth 4 competing proposals. Three plans included the  sale of some of its assets, and the 4th proposed a reorganization. The acting U.S. Trustee, Tracy Hope Davis said that keeping the regulatory hurdles in Canada and the U.S in mind, none of these plans may actually reach fruition. Davis said that the assignment or the transfer of control of any of the rights and interests in any of these debtors’ spectrum-assets as well as the length of time the approval process may make these plans almost impossible to achieve.

The plans had been put forward by the ad hoc group of secured lenders- the company itself, U.S Bank National Association, Mast Capital Management LLC  and Harbinger which is  Falcone’s investment company.

The Reston, Virginia-based LightSquared, had filed for bankruptcy in 2012 May. At that point, it had listed assets of $4.48B and debt of $2.29B. The regulators including the FCC had blocked the service post makers as well as the users of GPS system devices said that its signals would confuse navigation gear.